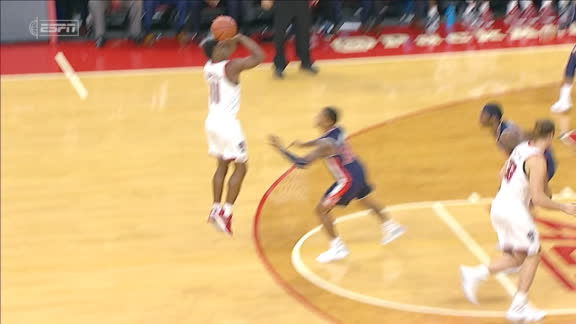 Markell Johnson had career highs of 27 points and five 3-pointers to help the Wolfpack upset No. 7 Auburn 78-71 on Wednesday night, improving to 4-1 against top-10 teams under the second-year coach.

N.C. State (10-1) beat second-ranked Arizona in the Battle 4 Atlantis in the Bahamas, as well as highly ranked neighbors Duke and North Carolina in Keatts' debut season. Add Auburn to that list in Year 2, thanks to Johnson's all-night brilliance and Devon Daniels' huge second half in front of a loud home crowd.

"I think we know how good we are as a team," Daniels said, "and if we just keep on competing every night and every day in practice, we're going to get where we want to get."

N.C. State shot 58 percent after halftime behind Johnson and Daniels, who had 15 points after a scoreless first half. Johnson stood out with 19 points after the break, including a run of 10 straight points -- a 3-pointer, a four-point play and pullup 3 in transition -- during one critical 75-second sequence.

By the time Daniels scored twice followed by Johnson's layup, the Wolfpack had pushed the lead to a dozen near the four-minute mark.

It wasn't simply a matter of the Wolfpack snatching the game at the end, either. N.C. State led for nearly 38 minutes. Auburn led for 44 seconds.

"I thought we fought for 40 minutes," Keatts said. "That's what I've been asking them to do."

J'Von McCormick scored 14 points for the Tigers (9-2), who shot 48 percent but committed a season-high 25 turnovers while missing 20 of 25 3-pointers.

"I thought their guards were terrific," Tigers coach Bruce Pearl said. "Johnson was as good as advertised. He was a dominating guard on the floor. ... We had an advantage on the front line. We did not take advantage of our advantage. We turned the ball over way too much, we took too many ill-advised shots."

Auburn: The Tigers just made too many mistakes. Auburn started cold to get in an early hole, then warmed up only to repeatedly commit turnovers that frittered away any momentum they put together. And finally, the defense that came in ranked 19th nationally in KenPom's adjusted efficiency never found a way to slow Johnson's roll, nor Daniels after halftime.

"We didn't guard how we normally guard," McCormick said, adding: "I felt at times we pressed up a lot, and then at times (Johnson) really got to where he wanted to get on the court."

N.C. State: Talk about a measuring-stick win. The Wolfpack's only loss had come in a close game at No. 16 Wisconsin. And N.C. State had beaten power-conference opponents Penn State and Vanderbilt in what has otherwise been one of the nation's softest nonconference schedules. That left plenty of question about exactly how good this group is (or isn't). Wednesday's answer proved to be the former.

This could give N.C. State a shot to land in Monday's AP Top 25 poll, even as Keatts shrugged off any rankings talk. Besides, last year's team never cracked the Top 25 despite the impressive wins yet still landed in the NCAA Tournament.

Johnson and Daniels combined to make 13 of 18 shots after halftime, with Johnson making all four of his 3-point tries.

"In the second half," Keatts said, "I thought Markell and Devon were playing H-O-R-S-E for a while."

Auburn controlled the boards and was aggressive on the offensive glass after halftime (13 offensive rebounds and 11 second-chance points). Yet the Tigers also made just 6-of-12 free throws for the game.

"I thought they played more physically than we did," Pearl said, adding: "We didn't get to the line enough. We did not handle the contact very well." 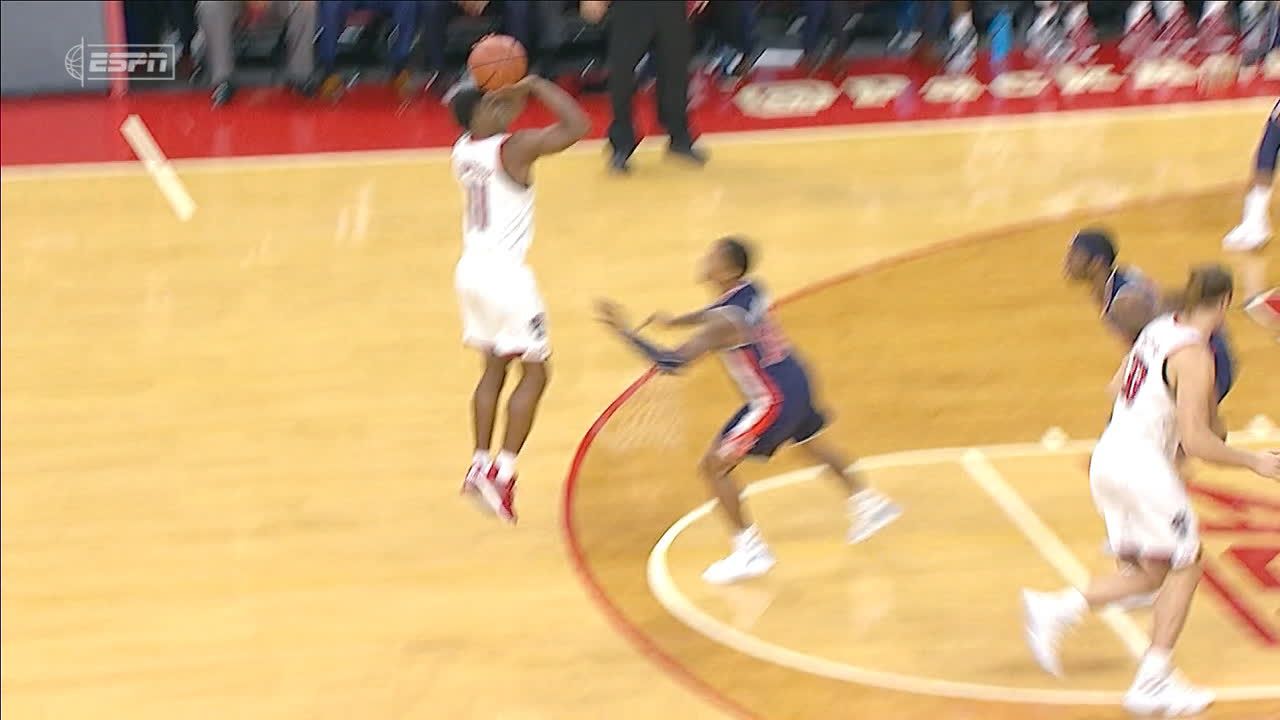