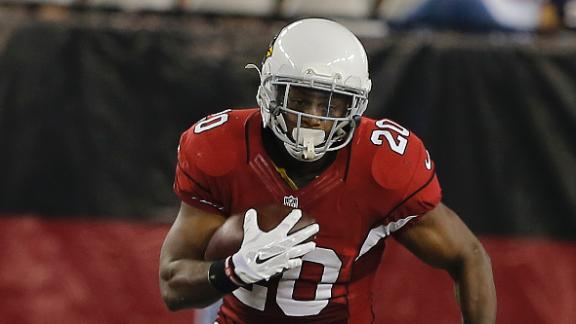 Arizona has opted to continue paying Dwyer his $730,000 base salary, which comes to $42,941 per week, according to reports. By putting him on the NFI list, the Cardinals could have decided to not pay him.

Dwyer was deactivated Wednesday following an arrest on charges of domestic abuse and assault.Dwyer head-butted his wife and broke her nose after she refused his sexual advances, and punched her in the face the next day, according to the police report.

A person with knowledge of the situation told The Associated Press on Thursday that Dwyer was undergoing mental evaluation because of mentions of suicide referred to in police documents.The person asked to remain anonymous because the team had not made the reason for the illness designation public.

The Cardinals also cut running back Chris Rainey from their practice squad.

Rainey was waived by the Pittsburgh Steelers in 2013 after being accused of slapping his girlfriend. He also pleaded guilty to a misdemeanor stalking charge while in college at Florida, according to reports.

Since 2000, the Cardinals have had 12 players arrested in relation to 13 incidents, according to a USA Today database. Dwyer was the fifth Cardinals player arrested in the past two years and the second in less than two months.

Most notably were the arrests of linebacker Daryl Washington, who pleaded guilty to assaulting an ex-girlfriend in 2013, and linebacker John Abraham, who was found asleep behind the wheel of his car in June at an intersection of suburban Atlanta.

Dwyer Placed On Non-Football Injury List
Bill Polian and Adam Caplan discuss the Cardinals' decision to place RB Jonathan Dwyer on the reserve/non-football injury list after he was arrested on domestic violence charges.