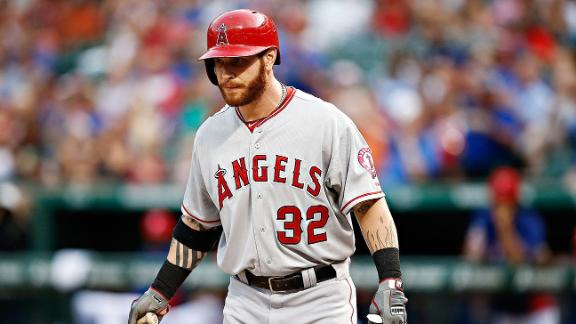 Josh Hamilton will undergo shoulder surgery on Wednesday and is expected to resume baseball activities in three to eight weeks, the Los Angeles Angels announced Tuesday.

The surgery will be to repair the AC joint in the lefty slugger's right shoulder.

The shoulder injury, along with pain in his ribs and back, likely contributed to Hamilton's 0-for-13 postseason performance. The Angels were swept out of the division series by Kansas City after finishing the regular season with the majors' best record.

He also tore a ligament in his thumb last April after sliding headfirst into a base, missing more than seven weeks.

A former AL MVP, Hamilton is entering the third season of a five-year, $125 million contract he signed with the Angels.

He had planned to begin spring training workouts with the Angels' pitchers and catchers on Feb. 20 in Tempe, Arizona. He missed much of last season's spring training while recovering from an injured calf.