Kennedy Meeks had 25 points and 11 rebounds, and three other Tar Heels scored in double figures Friday night in a 91-67 win over Temple.

Brice Johnson contributed 16 points and 10 rebounds, Nate Britt scored 15 and Joel Berry II added 14 for the Tar Heels, who took control late in the first half in the opener of the Veterans Classic, a doubleheader at the U.S. Naval Academy.

North Carolina cruised to its 11th consecutive season-opening win, without Paige, who will miss at least three weeks after breaking a bone in his right hand on Nov. 3.

"Marcus does a lot of things for us," Berry said. "With him out, everybody has different roles. Kennedy, Brice and the other guys have to get involved."

North Carolina returns four starters from a team that went 26-12 last season and won two games in the NCAA tournament.

Meeks, a 6-foot-10 junior, scored in the lane, connected on fadeaway jumpers and squared up from 15 feet. He went 10 for 14 from the floor and sank five of seven free throws in matching his career high for points.

With Meeks leading the way, North Carolina (1-0) finished with a 49-32 rebounding advantage, grabbing 15 off its own missed shots. The Tar Heels also totaled 17 assists.

"When Marcus comes back, we'll be a much better team," Kennedy said.

This was a good opening test for the Tar Heels -- a Temple squad that went 26-11 last season and had won seven straight season openers.

"We weren't as good as we needed to be," coach Fran Dunphy said. "They're really talented inside. We knew that going in. We gave up way too many offensive rebounds."

The game was marred by a late skirmish in which Britt left the North Carolina bench and was ejected from the game.

"He apologized to me and the team," said coach Roy Williams, adding that the team would wear coats and ties on the trip home instead of warmups because of Britt's actions.

The score was tied at 34 late in the first half before the Tar Heels showed why they're currently considered to be the best team in the country.

Isaiah Hicks made a layup, Meeks hauled in a Temple miss and Britt nailed a 3-pointer. A steal by Joel Berry II led to a basket by Meeks, and another 3 by Britt concluded the 10-0 run that put North Carolina in control.

To hammer home the point, Theo Pinson drilled a long-range jumper at the buzzer, turned around and strutted toward the locker room with the score 47-36.

North Carolina remained comfortably in front during the second half, and Williams began substituting liberally with 6 minutes left and the Tar Heels up by 18.

At the outset, the Owls hung with North Carolina. But the Tar Heels were too tall, and their roster was too deep for a team that just two years ago went 9-22.

After missing seven of nine shots in falling behind 9-4, the Tar Heels got baskets from five different players in a 12-2 spurt that briefly shifted momentum their way.

Temple remained in striking distance, however, and a three-point play by Daniel Dingle tied it at 26 with 5:45 left in the first half.

Temple: The Owls didn't get a point from their frontcourt until reserve forward Mark Williams hit a jumper with 10:35 left in the first half.

North Carolina: The Tar Heels took a 4-3 lead in the series. The previous meeting occurred in the 1991 East Regional final, with North Carolina winning to advance to the Final Four.

Temple: Faces Minnesota on Nov. 19 in the Puerto Rico Tip-Off.

North Carolina: Hosts Fairfield on Sunday in the CBE Hall of Fame Classic. 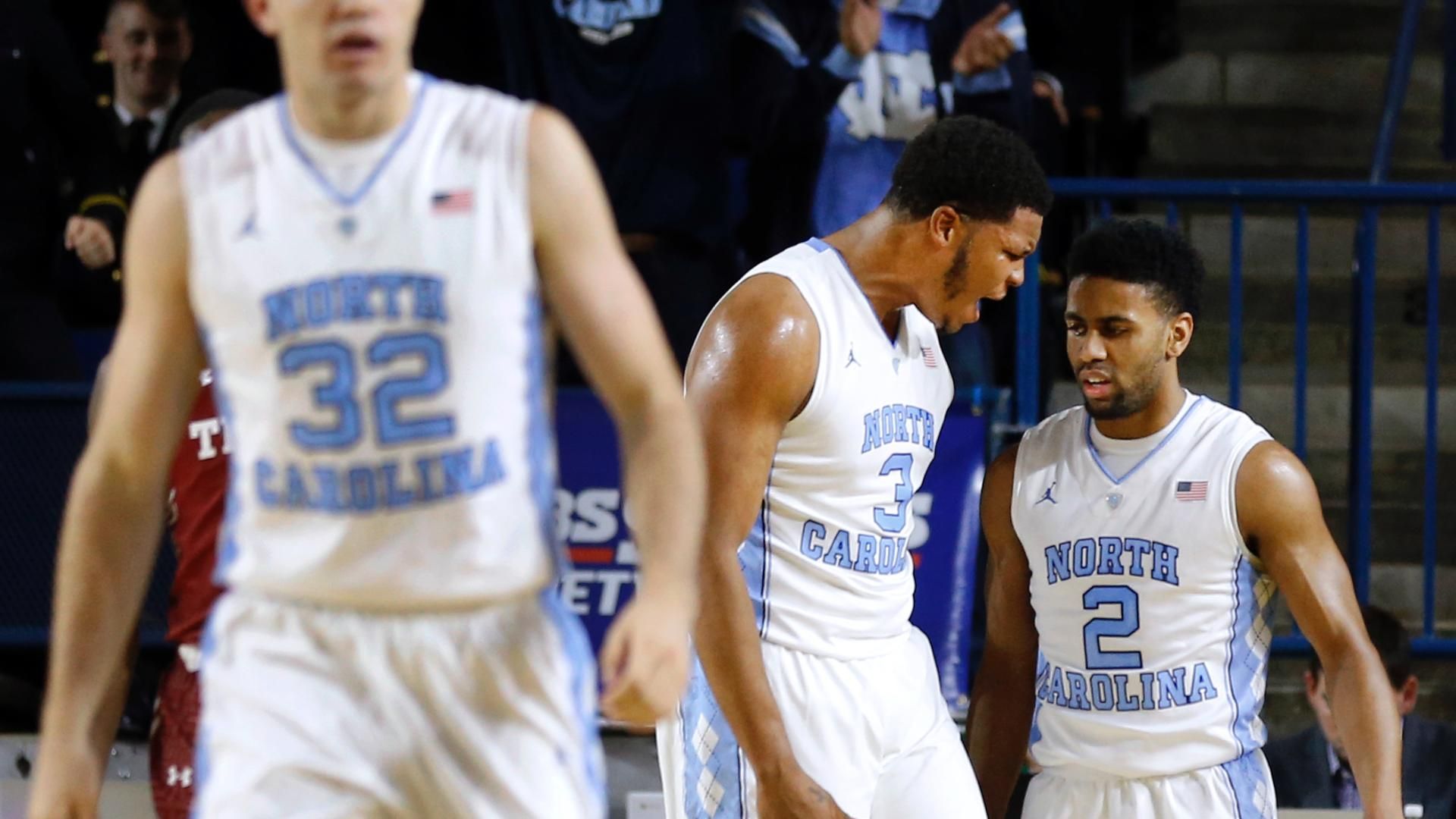