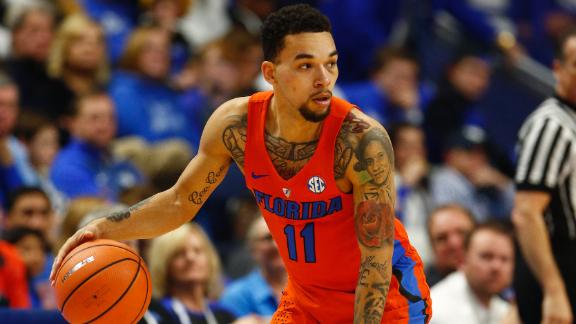 RALEIGH, N.C. -- Villanovamaintained its hold on No. 1 in the AP Top 25, while another bunch of Wildcats found themselves sliding out of the rankings for the first time in nearly four years.

Kentuckyslid out of Monday's latest poll from No. 18 after losses to South Carolinaand Florida, snapping a 30-game home winning streak for the Wildcats in Southeastern Conference play. That dropped coach John Calipari's Wildcats out for the first time since March 2014 and snapped a 68-week stretch in the poll.

The top three of Villanova,VirginiaandPurdueremained the same, with the Wildcats (18-1) remaining firmly in place by collecting 63 of 65 first-place votes. Meanwhile, the Cavaliers (18-1) and the Boilermakers (19-2) have combined to win 25 straight games, 19 by double-digit margins, and split the remaining first-place votes.

Kentucky (14-5, 4-3 SEC) started the year at No. 5 and remained in the top 10 until Christmas Day, but the Wildcats have lost three of five overall and are 0-2 against ranked teams this year.

They also rank outside the top 25 in KenPom's adjusted offensive and defensive national rankings through Sunday's games. Coach John Calipari's teams in Lexington have finished outside the top 25 in both categories only once before: the 2012-13 season that ended with 12 losses and a first-round NIT loss to Robert Morris.

Then again, the last Kentucky team to fall out of the AP poll in 2014 went from being a 10-loss disappointment to playing for the NCAA championship in the span of weeks.

The Boilermakers (8-0 Big Ten) have won 15 straight to remain at No. 3, their highest since being ranked No. 2 in March 1988. They have won three straight Big Ten games by at least 23 points for the first time in school history.

The long climb back

Arizona (16-4, 6-1 Pac-12) went from ranked No. 2 to unranked in the span of a week in November after a disastrous 0-3 showing at the Battle 4 Atlantis in the Bahamas, including a 25-point loss to Purdue -- which started the Boilermakers' run -- in the eight-team tournament's seventh-place game.

But the Wildcats have won 13 of 14 since and check in this week at No. 11, their highest ranking since falling out.

Wichita State's first two losses in its new American Athletic Conference home had the Shockers drop 10 spots to No. 17 for the week's biggest fall.

Arizona State also fell five spots to No. 21 and has lost four of seven since a 12-0 start.

Saint Mary's led the newcomers at No. 16 after winning at Gonzaga in West Coast Conference play last week. The Gaels, led by Jock Landale, were ranked for three November polls before falling out but have won 14 straight.

No. 20 Florida -- which reached No. 5 in December before falling out -- and No. 23 Nevada both returned to the poll after being ranked earlier this season, while No. 24 Rhode Island checked in for the first time this season. 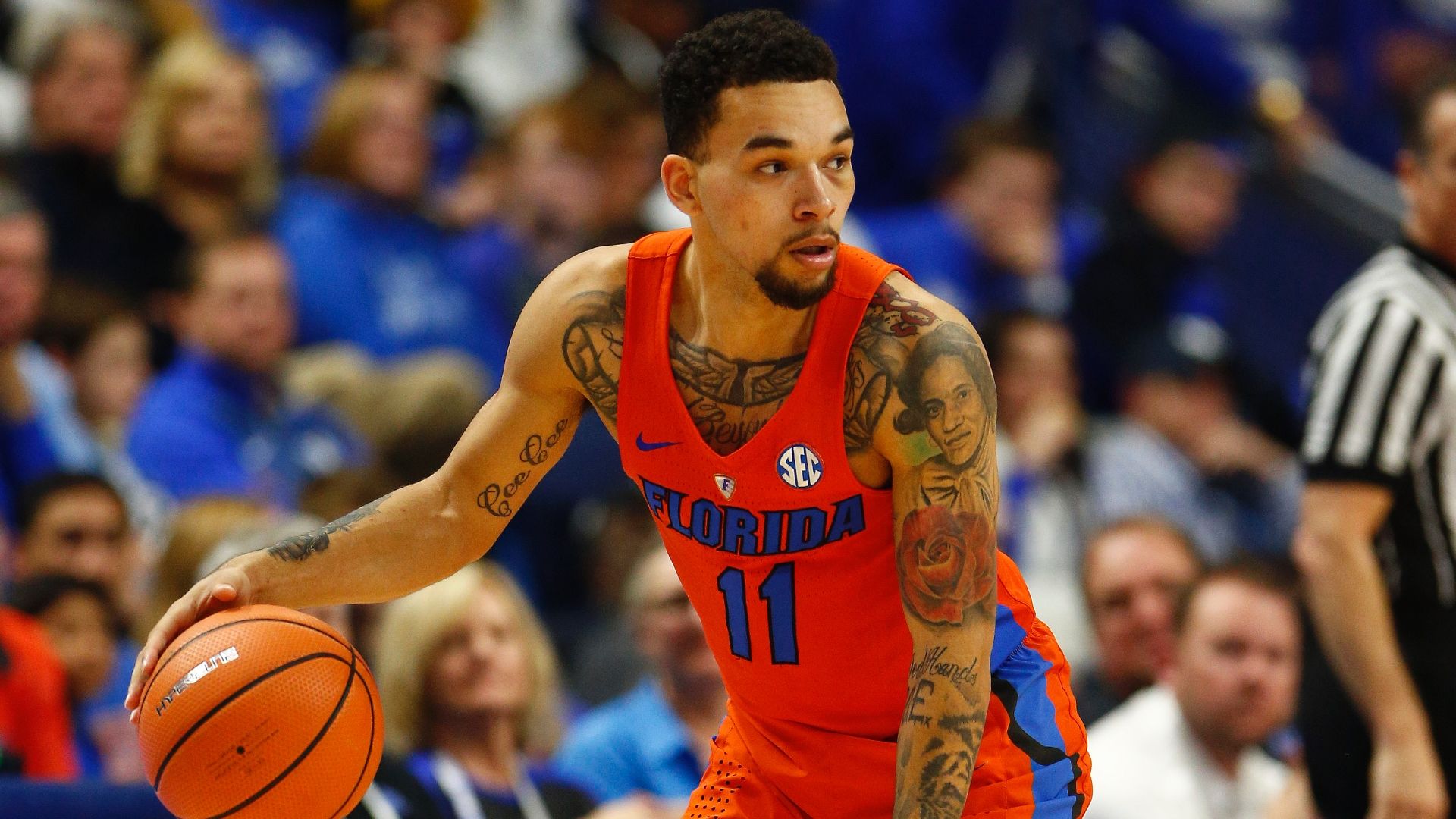