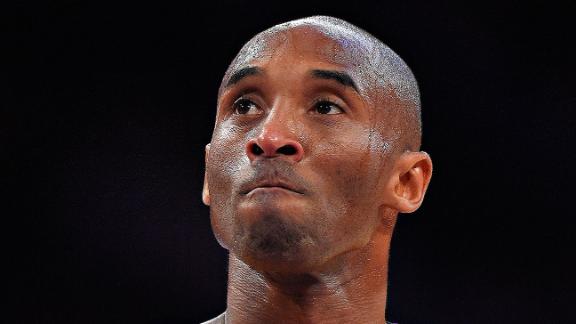 EL SEGUNDO, Calif. -- Kobe Bryant is officially done for the season after having surgery to repair his torn right rotator cuff Wednesday.

The Los Angeles Lakers also made it official that their superstar doesn't believe his career is finished.

Bryant is expected to need nine months to recover from his third straight season-ending injury. If Bryant meets that timetable, he could return to basketball shortly before the start of the 2015-16 season -- and the Lakers expect to see him in purple and gold again.

"I expect Kobe to make a full recovery, and if all goes as expected, he should be ready for the start of the season," ElAttrache said in a statement provided by the Lakers.

The Lakers formally declared Bryant out for the season by acknowledging the expected recovery time for his injury but also effectively confirmed he won't retire and will attempt to play his 20th season in the fall. Bryant, who will be 37 years old this summer, is the NBA's highest-paid player at $23.5 million this season, and he is under contract for $25 million next year.

"In my mind right now, he's coming back next year, unless he tells me something different," coach Byron Scott said at practice Wednesday.

Of Bryant's impending rehabilitation, Scott added, "It's pretty painful from what I've heard, and the rehab is long."

"But I think the biggest thing with Kobe, as long as [the media are] saying that he's done, he's going to come back," Scott said. "I think he proved his point this year that he still has a lot left in the tank. He's still one of the best players in the league."

Scott already had acknowledged Bryant was highly unlikely to play again this season for the flailing Lakers (12-34), who will match their franchise record for futility if they lose their 10th consecutive game when the Chicago Bulls visit Thursday. But if Los Angeles finishes with a top-five draft pick, the club won't have to give its first-round choice to Phoenix until next year to complete its trade for Steve Nash in 2012.

Bryant hurt his right shoulder while dunking last week in New Orleans, deciding Monday on surgery. He is the third-leading scorer in league history and a five-time NBA champion.

"I feel like I just returned a 100 yard kickoff in the last two minutes of the Super Bowl to win it all only to have my run called back by a flag on the play," Bryant said Tuesday night in a post on The Players' Tribune.

Bryant averaged 22.3 points, 5.7 rebounds and 5.6 assists in 35 games but made a career-worst 37.3 percent of his shots in a wildly inconsistent 19th season. He also passed Michael Jordan for third place on the NBA's career scoring list, trailing only Kareem Abdul-Jabbar and Karl Malone.

Bryant's popularity hasn't waned during his injury-plagued stretch. He was voted to the All-Star Game for the 17th time this month, and he is still the Lakers' public face despite his recent prolonged absences from the court.

Bryant missed the 2013 playoffs after tearing his Achilles tendon late in the regular season, and he played in just six games last season before breaking a bone near his left knee. Although he has played through innumerable injuries in the past, the accumulated wear from nearly two decades in the NBA has caught up to him.

Bryant sat out eight games to rest in the past month, and he played under a strict minutes limit. It wasn't enough to protect him from another major injury.

ESPN.com's Baxter Holmes and The Associated Press contributed to this report.