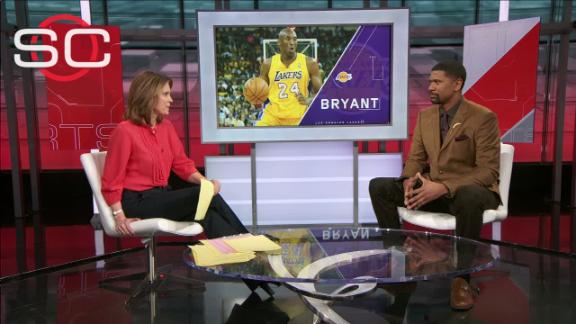 Limited-edition items conceived by Anschutz Entertainment Group, which runs the Staples Center and its merchandise, will run the gamut, from snakeskin texture jerseys for $424 all the way up to a hat that costs $38,024.

Some items will be available for purchase at the Los Angeles Lakers' online store beginning at 8:24 a.m. PT Thursday. Other items will first be available at the Lakers store at the Staples Center on April 13, the night of Bryant's final game, against the Utah Jazz.

"This city is all about spectacle," said Sean Ryan, vice president of AEG Merchandise. "Derek Jeter might have represented the blue-collar people of New York, but Kobe is more about showtime, so we had to think of diamonds and gold."

The merchandise is licensed by the NBA and Bryant's company, Kobe Inc., which will receive an undisclosed cut of each sale.

The $38,024 hat, made by New Era, is made of lambskin and snakeskin, a reference to Bryant's "Black Mamba" nickname, and contains 3.5 ounces of 18-karat gold in the shape of his number 24 on the cap's front. Only eight have been made.

Also limited to eight, a purple cashmere hat with gold snakeskin that features yellow diamonds will sell for $24,008 each.

Both hats come in a custom black leather box with Bryant's number and an embossed Lakers logo. The prices all have "8" and "24" in them, the two numbers that he has worn throughout his 20-year career with the team.

Hats that are slightly more affordable, but certainly not cheap, include the "81" cap, which is divided into quarters and features the points he had each quarter in his 81-point game in 2006. Made with Swarovski crystals, this hat is limited to 248 pieces and will sell for $248.24. Liquid metal caps that feature various Bryant accomplishments will retail for either $82.48 or $72.48.

A limited-edition snake print Bryant jersey will retail for $824, as will a leather jacket with gold leather logos that has a limited edition plaque on the jacket's inside. The most expensive piece of Bryant outerwear is a lambskin and snakeskin jacket with Swarovski rhinestones that will cost $5,824.

"We think there's something for everyone," Ryan said.

The memorabilia also will be available locally April 13 through the Uber Eats app, which will offer immediate delivery.

AEG was able to make so much high-end merchandise on a quick timeline by getting much of it made in the United States. The hats were made at New Era's headquarters in Buffalo, New York, and flown by Delta, the Lakers' official airline, to Los Angeles.

A wealthy crowd is expected to be at Bryant's final game against the Jazz. The cheapest ticket currently available on StubHub is being offered at $649.

Can Lakers sell out of high-ticket Kobe items?
ESPN sports business reporter Darren Rovell looks at some of the most extravagant items the Lakers will offer to honor Kobe Bryant. 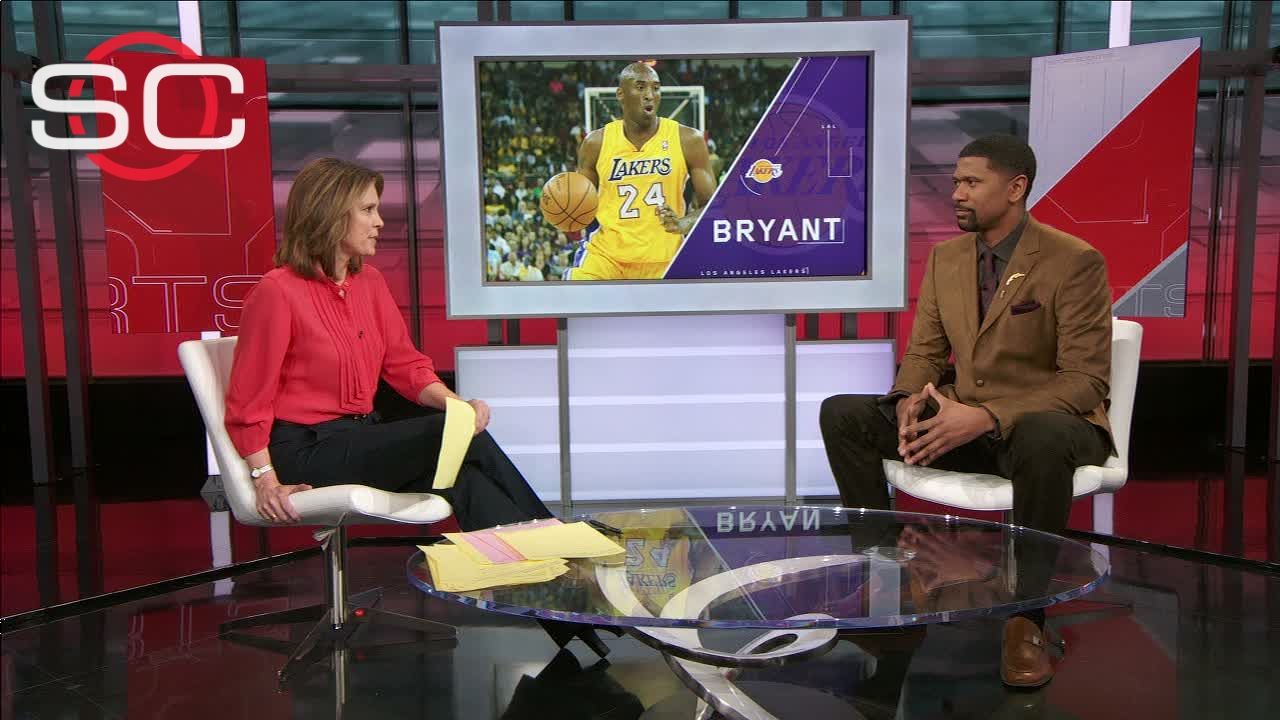