ESPN
By Baxter Holmes
CHICAGO --Kobe Bryant's early-stage plans to leave the Los Angeles Lakers for the Chicago Bulls have long been considered water under the bridge for the future Hall of Famer.

But Bryant, speaking Sunday before his final game in Chicago, said it wasn't the pressure of living up to Michael Jordan's legacy that ultimately turned the tide against his joining the Bulls.

"Do I seem like the type to cower to something like that?" Bryant asked. "C'mon, man. No."

Bryant had opportunities to join the Bulls during free agency in 2004 and was linked to them again during the summer of 2007, when he demanded a trade from the Lakers.

The 37-year-old Bryant, who is retiring this summer after his 20th NBA season, said he "very much" thought he had a chance of joining the Bulls in 2004.

"My wife and I were actually planning travel arrangements to come out to Chicago and look at some homes and schools and things like that," Bryant said before the Lakers' 126-115 loss. "Then once [Shaquille O'Neal] demanded a trade, it was like, 'There's no way they're going to trade me anywhere.' The sign-and-trade option just pretty much went off the table. "

Bryant later added: "So if I was fortunate enough to come here, if that trade had happened and I'd be here, it's not a pressure situation to live up to what he's done. It's more, can I carry on this man's legacy? Can I do it justice? Can I represent Chicago the way that it should be represented in his honor? Just a tremendous, tremendous amount of influence."

Bryantalso recalled his early matchups against Jordan andreiterated the importance of Jordan's influence on him.

Bryant, recalling his rookie season, said he was "getting schooled for the baseline dunk the first time I matched up with" Jordan at the United Center on Dec. 17, 1996.

"That was like the coolest thing, because I had seen that spin move so many times. I knew he was going to do it. But the timing on TV and in person are two completely different things. So he just spun right before I thought he was going to spin. I was like, 'Man, that was pretty cool.'"

The Bulls won that game in overtime 129-123. Bryant played 10 minutes off the bench, scoring five points. Jordan finished with 30 points on 10-of-23 shooting to go with nine rebounds.

Bryant has long been compared to Jordan, the player that Bryant tried most to emulate in every respect.

"He's probably as close to MJ as they come -- at least as we're probably going to see in our lifetime," Lakers coach Byron Scott said before the game. "If you look at a picture of MJ in his later years and you look at a picture of Kobe, it's kind of eerie how similar it is and how close it is, not only from a basketball standpoint, but the way he thinks about the game, the way he approaches the game, and his killer instinct.

"I haven't seen anybody since MJ take on that type of feeling when he's in the game as Kobe has. He's about as close as you can come."

Bryant said words couldn't do justice to the influence Jordan had on him.

"Because as a kid growing up in Italy, all I had was video, so I studied everything," Bryant said. "I studied every player. Then once I came back to the States [and] I realized I wasn't going to be 6-9, I started studying Michael exclusively.

"And then when I came to the league and [was] matching up against him, what I found is that he was extremely open to having a mentor relationship and giving me a great amount of advice and an amazing amount of detail, strategies, workout regimen and things like that.

"Seriously, I don't think people really understand the amount of impact that he's had on me as a player and as a leader."

Scott, who played against Jordan and was Bryant's teammate during Bryant's rookie season, said Bryant spent much of his career chasing Jordan's accomplishments and trying to mimic his moves.

"I think great players steal from great players," Scott said. "And I think in Kobe's mind, MJ was the best who had ever done it and he wanted to see if he could surpass that. You always need something to chase. If you're great, you always have to have something that's going to keep you going. I think for a number of years, MJ -- the things that he's been able to accomplish on the court -- has kept Kobe going, because he's so competitive that he wanted to see if he could beat somebody that he has so much respect for."

Numerous players this season have called Bryant the Michael Jordan of their generation. Bulls guard Derrick Roseexpressed that sentiment during a video tribute to Bryant that the Bulls aired before the game.

"What I take to mean from it is that our competitiveness is second to none," Bryant said of those remarks. "We're pretty obsessive about how to get an edge and how to compete with people to the point where, when I was playing, if I said 'Hi' to a player, they'd look at me sideways, like, 'What is he up to?' I think it's that attention to detail and that competitive spirit that I think really makes that connection. Not too many players are as maniacal as we've been."

Bryant said one of his biggest lessons came during his first game in Chicago in 1996.

"I think the biggest learning experience, though, was the first time we came out here," Bryant said, "and I think we had a [18]-point lead and then Scottie [Pippen] and Michael just said, 'That's enough.'

"I remember sitting there on the bench like, 'Man, they're covering so much ground. I don't even understand how this is possible. How Pippen can trap in the backcourt and then all of the sudden he's at half court and then all of the sudden he's getting a rebound at the rim. How is this physically possible?' That was probably the biggest lesson I learned." 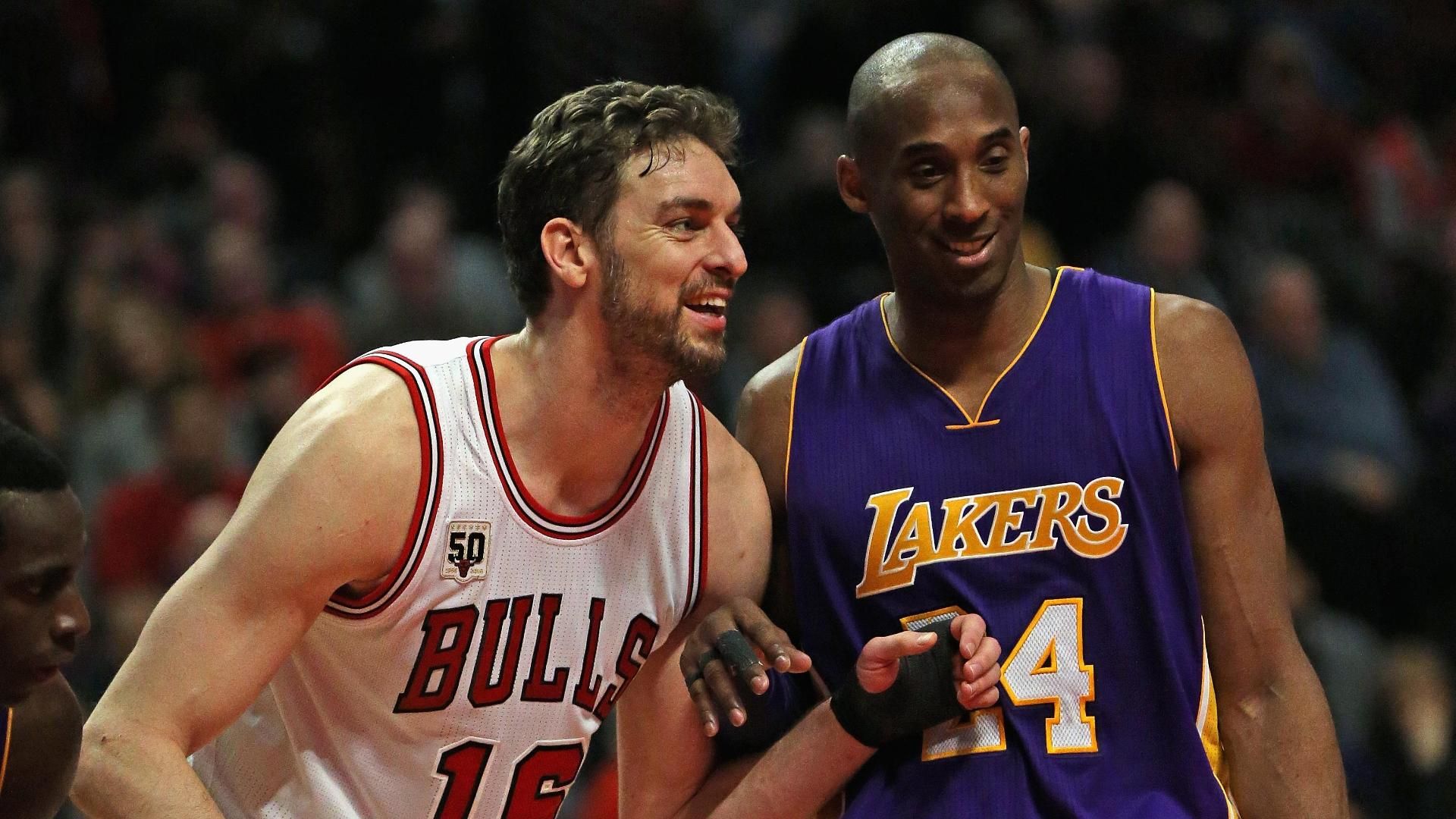