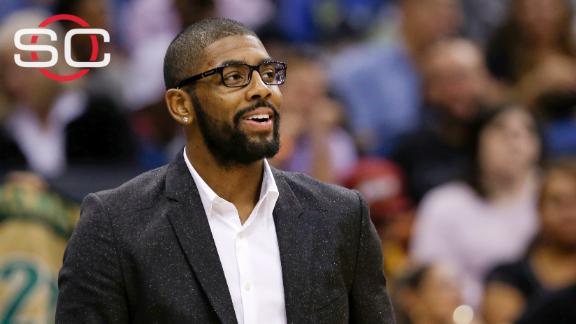 Cleveland Cavaliers point guard Kyrie Irvingon Wednesday took to Twitter to refute an ESPN report that he would return Thursday night against the Oklahoma City Thunder.

Irving, sidelined for the first 23 games of the Cavs' season while recovering from surgery in June to repair a fractured left kneecap suffered in Game 1 of the NBA Finals, was cleared for full contact more than a week ago and has been through a handful of practices since without any setbacks.

A source had told ESPN's Dave McMenamin on Tuesday that Irving planned to return for Thursday night's home game against Oklahoma City.

Irving's final hurdle before the team approves of his intention to play will involve a series of physical tests to measure his body's strength and responsiveness, a team source told ESPN.com on Tuesday.

The tests will be similar to the ones administered on Irving before he was allowed to return for Game 4 of the Eastern Conference finals againstAtlantalast spring after sitting out Games 2 and 3 with tendinitis in his left knee.

The Cavaliers continue to be plagued by injuries as guard Iman Shumpert left Cleveland's 89-77 win over the Boston Celtics with 8:35 remaining in the fourth quarter Tuesday and did not return because of a right groin injury.

Shumpert has already been ruled out of the Thunder game, a source told ESPN.com.