Kyrie Irving to play for first time since NBA Finals 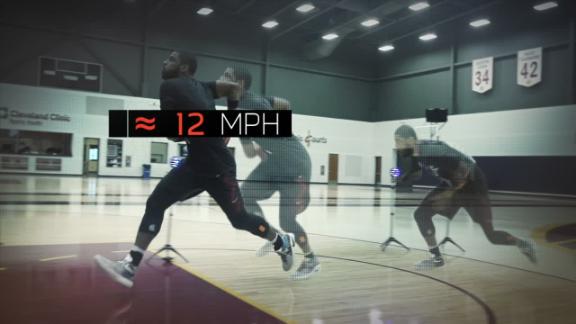 Kyrie Irving will make his season debut Sunday when the Cleveland Cavaliers host the Philadelphia 76ers.

"I'm pretty F'ing excited," Irving said Saturday. "There were a few things I had to clear, but there was no rush on it. ... I've been ready to play, but biomechanically we just wanted to make sure everything was good so I wouldn't put myself at risk."

Cavs coach David Blatt said the team will monitor Irving's minutes, but the point guard is expected to start against the 76ers. Backup point guard Mo Williams is out with a sprained wrist, and Iman Shumpert is questionable with a groin strain.

Shortly before speaking with reporters, Irving sent a tweet referencing his return:

Irving has been out since he fractured his left kneecap during Game 1 of the NBA Finals in June. He had surgery that week, and his return timeline was set at three to four months.

The Cavs, however, made it clear they didn't want to rush him and refused to establish a timeline as the season started. Irving will end up going more than six months between games.

Irving said the long recovery was emotional at times. He recently became a father for the first time.

"The emotions and thoughts, that's the hardest thing," Irving said. "A lot has changed on the basketball court and in my life."

The Cavs, who have the best record in the East at 17-7, are hoping to have their full lineup by the Christmas Day game at Golden State. Philadelphia, Sunday's opponent, has an NBA-worst 1-27 record.