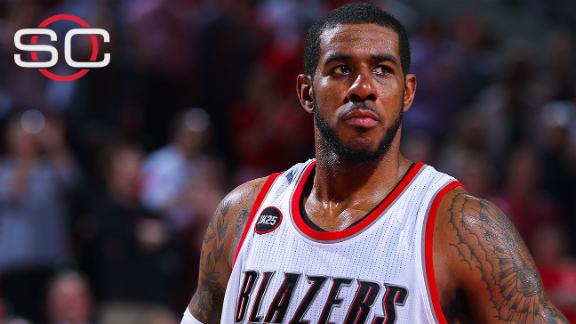 LaMarcus Aldridge currently has no plans to make out-of-town visits and, at this stage, plans to take "a couple of days" to digest all the pitches he has received after meeting with multiple teams, sources told ESPN.com on Friday.

Sources said the pitch Aldridge received Friday in Los Angeles from coach Gregg Popovich -- about playing with Tim Duncan in his final days in the NBA and then taking over for him as the Spurs' frontcourt linchpin alongside Kawhi Leonard -- resonated strongly with Aldridge.

The Los Angeles Lakers also got a second chance to impress Aldridge, their top free-agent target, on Thursday night in a meeting that lasted about 90 minutes and focused entirely on basketball, sources told ESPN's Ramona Shelburne.

The Lakers had requested the second meeting after being informed that their first presentation to the star power forward had been coolly received because it focused too much on off-the-court business and marketing opportunities in Los Angeles for one of the NBA's glamour franchises and not enough on how the team planned to use Aldridge on the court.

The Portland Trail Blazers are the only team Aldridge has played for in his NBA career, but sources have indicated he's unlikely to return. Aldridge has also met with the Houston Rockets, San Antonio Spurs, Dallas Mavericks, Phoenix Suns, Toronto Raptors and Miami Heat, in addition to his two meetings with the Lakers.

One source with knowledge of both meetings told Shelburne it took more than an hour before the Lakers laid out a vision for rebuilding their roster and how Aldridge fit into that in the first meeting. The presentation also was wholly lacking in analytics, which appeared even worse after the analytics-minded Rockets followed them into the room Tuesday night.

After getting feedback on Aldridge's reaction to their presentation, the Lakers requested and were granted a second meeting Thursday night. One source said they made a point of apologizing to the 29-year-old Aldridge for not giving a more well-rounded presentation and thanking him for giving them a second chance. In addition to general manager Mitch Kupchak and coach Byron Scott, they brought assistant coach Mark Madsen to the presentation. Madsen is the liaison between the coaching staff and the franchise's analytics staff.

After meeting with the Lakers, Aldridge left for a dinner meeting with Heatpresident Pat Riley, a source told ESPN.com. The Heat's foray into the Aldridge sweepstakes comes hours after the team agreed with Dwyane Wade on a one-year, $20 million contract. The Heat would have to shed significant contracts and players to clear enough room to make a maximum contract offer to Aldridge or work with the Blazerson a sign-and-trade likely involving Chris Bosh, which would be a complicated long shot. Nonetheless, Riley made his expected charming impression on the All-Star power forward, a souce told ESPN.com.

"Riley is good," said the source.

According to a source, the Rockets believe they're still in the mix for Aldridge after coming to financial terms with starting point guardPatrick Beverley and backup forward Corey Brewer. The Rockets want to show Aldridge they havedepth on the bench with Brewer and a quality defensive guard in Beverley. In order to sign Aldridge, the team has to establish a sign-and-trade with another team to make the deal work.

One team apparently out of the Aldridge chase is the New York Knicks, as the veteran forward canceled his planned meeting with the team, according to reports.

The Suns began their effort to clear cap space to offer Aldridge a max contract by agreeing Thursday to trade three playersto theDetroit Pistonsin exchange for a future second-round pick.

The Suns' push to lure Aldridge also includes the unveiling in downtown Phoenix of a huge banner of Aldridge in a Suns uniform, a ploy revealed by Phoenix mayor Greg Stanton on Twitter.

Trail Blazers teammate Damian Lillard, who received his own contract extension in Portland on Thursday, tweeted this message:

According to a report from The Oregonian, Lillard was traveling to the L.A. area with the hope that he could meet with Aldridge directly and attempt to recruit him to stay in Portland.

ESPN's Ramona Shelburne and Calvin Watkins contributed to this report.