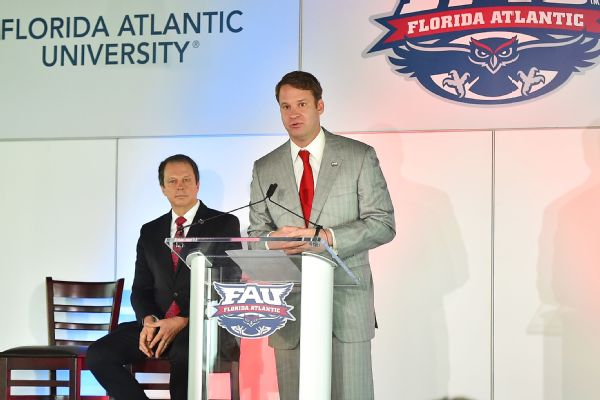 Lane Kiffin said Tuesday that he would have returned to Alabama next season if he hadn't agreed to become the new football coach at Florida Atlantic, which offered a "unique" opportunity.

At his introductory news conference Tuesday in Boca Raton, Florida, Kiffin said FAU "will make great things happen" and that he has learned from his previous head-coaching failures.

He also thanked Alabama coach Nick Saban for giving him a chance when no one else would.

"I'm very grateful to Coach Saban," Kiffin told reporters. "My phone was not ringing very much at the time after USC, and that was a very humbling experience after being let go there and to go through that process. You start calling a lot of people that don't call you back all of a sudden, and you realize things about people."

He also said, contrary to reports that suggest otherwise, he has a "great relationship" with Saban.

"As he says, I get my ass-chewings from time to time. I've learned to accept those. It's been a great run," Kiffin said.

Kiffin said he would continue in his role as Alabama's offensive coordinator for the Peach Bowl, where the Crimson Tide will face Washington in a College Football Playoff semifinal.

"It was very important to go finish what we started there and in credit to those players that are there and how hard they have worked throughout the process to get to this point to be in the final four," Kiffin told reporters. "It's time to go finish that."

As for building a staff at Florida Atlantic, Kiffin said it's "definitely a possibility" he will try to lure some of Alabama's staff to join him. He also said he would reach out to local high school coaches to help fill his staff.

Kiffin received a five-year, $4.75 million deal, sources told ESPN. The buyout on his contract is $2.5 million the first year and reduces $500,000 each year after that.

The move to FAU represents a pay cut for Kiffin, who was making $1.4 million per year as Alabama's offensive coordinator.

Kiffin, 41, has been fired at two of his previous head-coaching stints.

"I was so young as a head coach, I was just figuring things out one day at a time instead of having a plan," Kiffin told reporters. "Coach [Pete] Carroll said he's been fired twice, and then he figured it out ... and he stopped trying to be someone else."

At Alabama, Kiffin was part of a program that was ranked no lower than No. 3 in any of the past 21 installments of the AP Top 25. At FAU, he inherits a program that has won 15 games during the past four years and has never received a single vote in the AP poll.

"The school in the world that is trending most on Twitter in the last 24 hours is FAU,'' school president John Kelly said.

The Owls went 3-9 in each of the past three seasons and haven't been to a bowl since 2008.

Kiffin will be the fifth coach in FAU history, after Howard Schnellenberger, Carl Pelini, Brian Wright and Charlie Partridge. His first home game as the coordinator at Alabama was against FAU in 2014.

Kiffin met with the FAU players Monday night, about two weeks after athletic director Patrick Chun met with them to tell them why he fired Partridge and to promise that he would deliver the best coach to lead FAU forward.

"Last night I was able to present to our team the best coach possible,'' Chun said Tuesday.

ESPN's Brett McMurphy and The Associated Press contributed to this report. 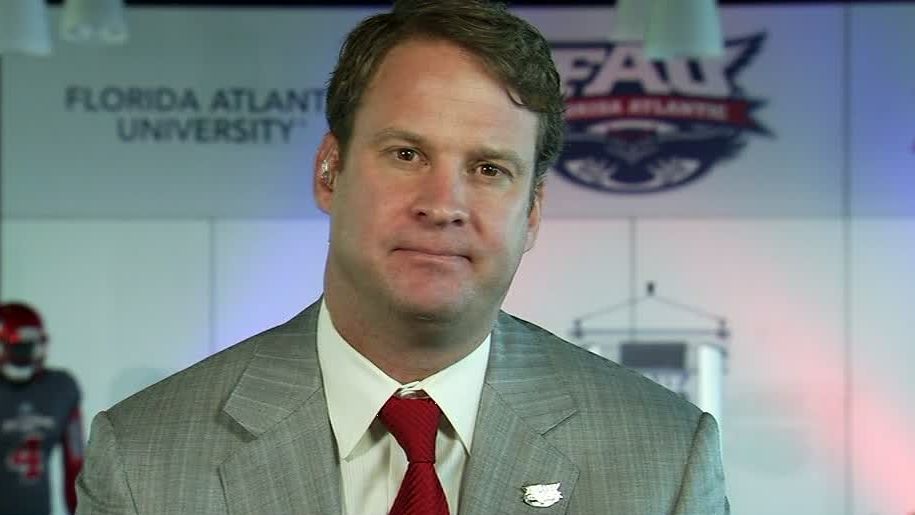