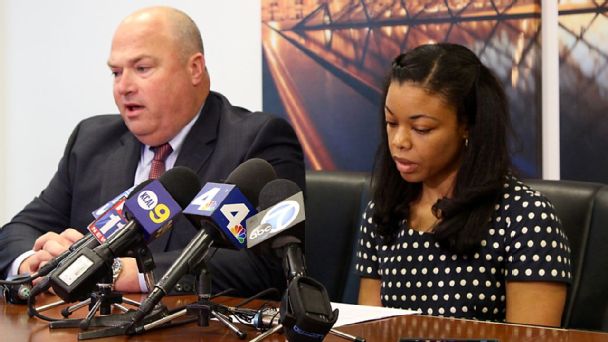 In 1997, Tiffany Lopez, known then by her maiden name, Tiffany Thomas, was a softball player on full scholarship, a standout freshman, who helped lead the Spartans to the NCAA tournament for only the second time in school history. She went on to be a member of the USA Junior National Team. After developing chronic lower back pain in 1998, Lopez was sent by university athletic trainers to see Nassar.

At the time, Nassar was a faculty member and an osteopathic physician with a national reputation. He'd worked with the U.S. women's gymnastics team as a trainer since 1986 and, starting in 1996, as team doctor, treating dozens of America's elite gymnasts at the Olympics and other international competitions. Nassar also regularly treated patients, athletes and non-athletes alike, at MSU's sports medicine facility.

Starting in 1998, Lopez alleges, Nassar sexually abused herduring medical exams and continued to do so more than 10 times over a period of three years. The lawsuit alleges that Nassar used a treatment he called "inter-vaginal adjustments" on Lopez.

"The Plaintiff, approximately 18 years old at the time, had a visit with Nassar where he touched her vagina," the lawsuit states, "in order to purportedly heal back pain she was having, under the guise of legitimate medical treatment. The Plaintiff complained to a trainer on her softball team who responded by saying Nassar was a world-renowned doctor, and that it was legitimate medical treatment.

"As the purported treatments continued, Nassar became more bold, having the Plaintiff remove her pants, and then inserting his bare, ungloved and unlubricated hand into her vagina."

Nassar's attorney, Matt Newburg, told ESPN he had no comment on the lawsuit.In the past, he has described Nassar's "inter-vaginal adjustments" as accepted medical procedures.

During a news conference Wednesday, Lopez and her attorney reiterated that she told three different Michigan State athletic trainers about Nassar's actions.

Outside the Lines reached two of the athletic trainers whom Lopez says were aware of her concerns about Nassar's behavior. Neither would comment on the allegations within the lawsuit.

According to the lawsuit, "Upon reporting her sexual abuse by Nassar to the highest ranking employees within MSU's training staff, in or around 2000, the Plaintiff was intimidated, coerced, and threatened by high-ranking MSU training staff and told that she was not sexually abused by Nassar and not to make such allegations."

Lopez alleges that, when she refused to continue receiving treatment from Nassar in 2001, MSU pressured her to declare herself medically inactive as an athlete. Shortly after, she left Michigan State to return home to California.

"They told me he was a world-renowned physician. What they did not tell me is that he was a serial molester and pedophile," Lopez said at the news conference, "I feel guilty. Not because I did anything wrong, but because I was not able to come forward sooner to help other girls."

A Michigan State spokesman said that the school had not yet been served with any lawsuit, so could not comment on the litigation. "We take allegations of sexual abuse very seriously," the spokesman said in a statement, "Our police, the lead investigative agency in the Nassar case, are devoting significant resources to the criminal investigation against him and are vigorously reviewing all complaints and working through them with the state Attorney General's office and federal U.S. Attorney's Office."

Nassar, 53, and Michigan State are both named as defendants in the lawsuit, which is just the latest in a series of similar civil and criminal cases pending against Nassar.


Lopez, now 36 and living in her native Southern California, is the first former Michigan State student to file a lawsuit against Nassar.

Her experience mirrors that of another former Michigan State University student, who, in 2014, filed a criminal complaint against Nassar, saying he sexually assaulted her during a medical exam.

"Our police did an investigation. They then turned it over to the prosecutor's office and the prosecutor decided not to file charges," Jason Cody, an MSU spokesperson, told Outside the Lines in October.

"While we cannot comment specifically on pending or ongoing litigation, MSU at this time has found no indication of any reports alleging sexual assault against Larry Nassar being made prior to the complaint MSU investigated immediately in spring 2014," Cody added, when contacted Wednesday.

According to a recent report in the Lansing State Journal, three months after opening that investigation, MSU's Title IX office dismissed the claims of the then former student, saying she didn't understand the "nuanced difference" between sexual assault and an appropriate medical procedure.

Nassar was temporarily suspended from clinical duties at Michigan State during the 2014 investigation, but a spokeswoman for USA Gymnastics said the school never notified the sport's governing body at the time that Nassar was being investigated for sexual misconduct.

Similarly, USA Gymnastics never notified Michigan State in the summer of 2015 when it fired Nassar after USAG officials received complaints against him.

"Immediately after learning of athlete concerns about Dr. Nassar in the summer of 2015, Steve Penny, president and CEO of USA Gymnastics, notified law enforcement," USA Gymnastics said in a statement released in September. "We also relieved Dr. Nassar of his duties, and he ceased to be affiliated with USA Gymnastics."

Despite being released by USA Gymnastics, Nassar continued to practice medicine at his alma mater, Michigan State, where he'd worked as a faculty member and treating clinician since August 1997.

"Either one of them could have picked up the phone. It's just a classic case of, 'We want to keep this quiet,' " said John Manly, one of the attorneys representing Lopez in her lawsuit.

In late August, Michigan State University suspended Nassar from treating patients at the school's sports medicine facility. He was fired by the school on Sept. 20. 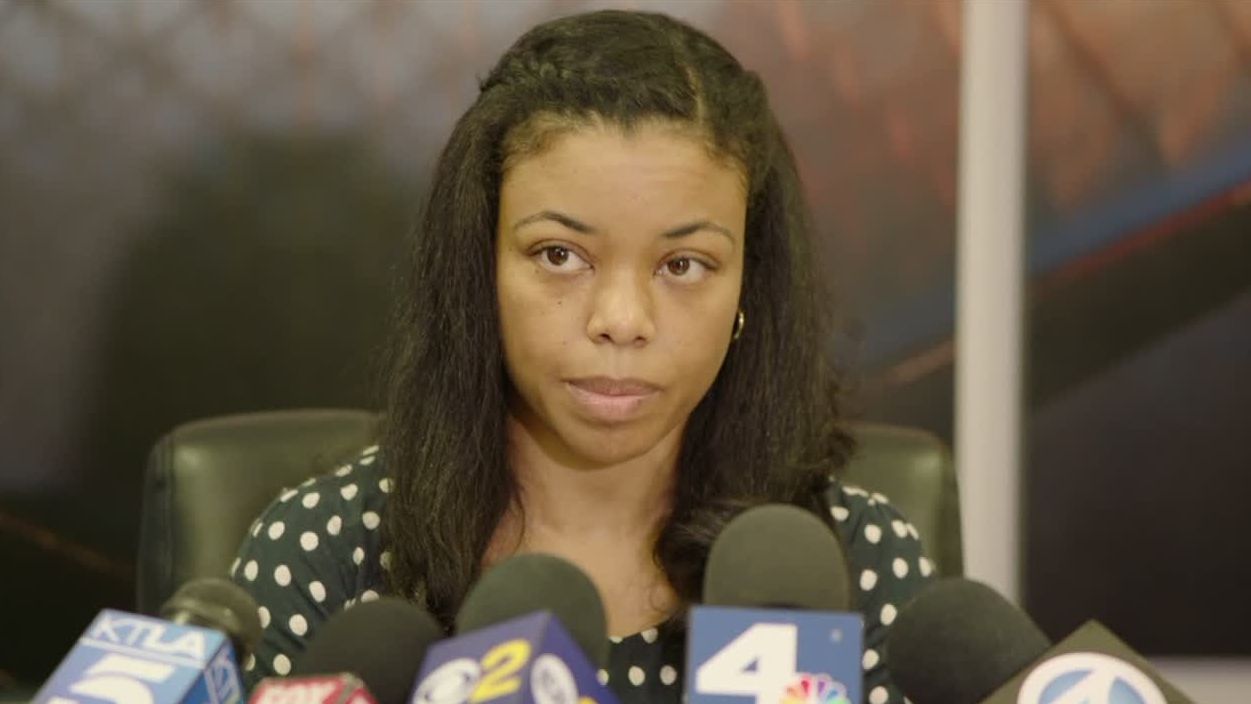