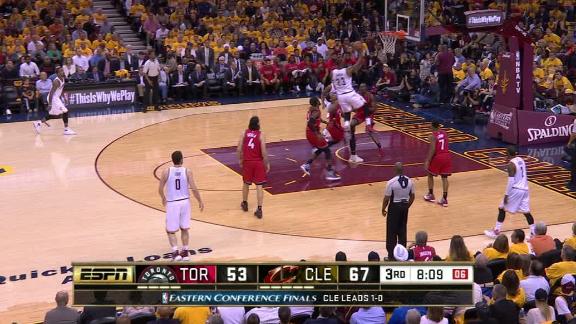 CLEVELAND -- Not long after he passed Shaquille O'Neal on the all-time playoff scoring list, LeBron James received a hug and a pat on the back from Kareem Abdul-Jabbar.

James moved past O'Neal, his one-time teammate, for fourth on the postseason scoring list en route to finishing with his 15th career postseason triple-double, recording 23 points, 11 rebounds and 11 assists during the Cleveland Cavaliers' 108-89 Game 2 victory over the Toronto Raptors. James now has 5,255 career playoff points.

He also finished three assists shy of moving past Jason Kidd (1,263) for third on the NBA's all-time postseason assists list.

It felt like a legendary night for an inner-city kid who sometimes didn't think playing in the NBA, let alone being in the rare company of basketball's royalty, was remotely possible.

"The statistics just doesn't look right for me as an African-American kid growing up in the inner city," he continued. "So I played both sides of the fences as a kid growing up. To be in this position today where I see my name linked to a lot of the greats that play this game and paved the way for myself, Kyrie [Irving] and Kevin [Love], it means a lot. It is very humbling. It is an opportunity for my family and fans to be proud. Just a lot of respect with that."

James placed fourth on the postseason scoring list with a driving layup with 8:06 left in the third quarter. He entered the game needing 19 points to pass O'Neal's 5,250 postseason career points and had 17 by halftime.

Not only did James pass one former Lakers great, but he was embraced by another legendary Lakers big man at the end. On his way to the Cavs' locker room, James was excited to see Abdul-Jabbar there waiting. The two shared a 10-second embrace and chat.

"Obviously I saw a legend outside of our locker room and I slowed my pace up drastically [while running off the floor]," James said. "Just to embrace a legend being in our building, watching us play. What he did for the game, the championship runs that he had with the Showtime Lakers, him being the all-time-leading scorer in NBA history and so on and so on and so on.

"It's just respect. When you see a guy like that and you put him in a class with like Jim Brown and Muhammad Ali and Oscar Robertson, Bill Russell, it was a pretty cool moment." 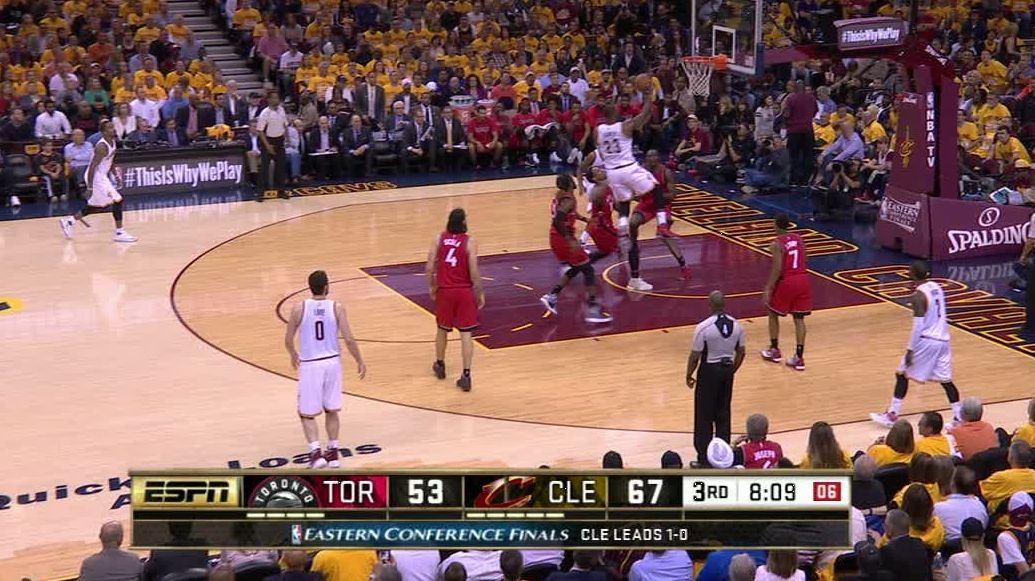