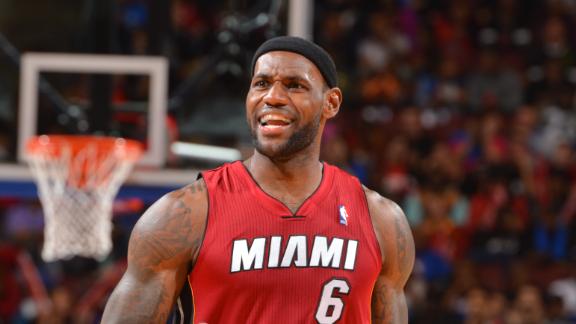 LeBron James wants to make sure he's in the good graces of his neighbors now that he's back in Ohio.

So, on Tuesday night, James sent a team from a Fairlawn, Ohio, bakery around his immediate neighborhood in Bath Township to deliver cupcakes to apologize for the traffic jams caused by the interest in James' return earlier this month.

"Dear Friend," read a card that came with the treats. "We know things have been hectic in our neighborhood these past few weeks and we are sorry for the chaos. We are so thankful to live in this wonderful community and we are so blessed to have understanding neighbors like you."

The card noted that the two kinds of cupcakes in the box were originally devised for James' foundation. Each box contained six "Just A Kid From Akron Cherry Cola" cupcakes and six "Homecourt Chocolate Chunk" cupcakes.

"It was really hectic around here," said David Galehouse, a rising sophomore at Ohio State whose childhood home is a few blocks from James' house. "But it's really nice for LeBron to do something like this."

James, who currently is in China, bought the property in 2003 and went on to build a 30,000-square-foot mansion on the land.

Galehouse said that despite his close proximity to the basketball star's home, he has seen him only once.

Said Galehouse: "They were some of the best cupcakes I ever had."

LeBron Apologizes For 'Chaos' With Cupcakes
"Mike & Mike" discuss the care packages of cupcakes that LeBron James and his family sent to their neighbors as an apology for the "chaos" surrounding LeBron's decision to return to Cleveland.