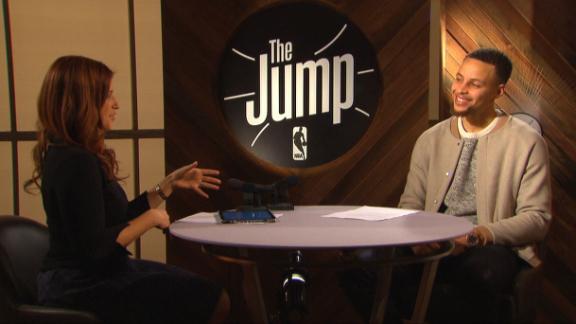 CHICAGO -- Cleveland Cavaliers forwardLeBron James said it would be "pretty cool" to see the Golden State Warriorsset a new standard for regular-season excellence.

"You actually praise it even more. You look back at it like, 'Wow, they really did that?' So having Golden State in a position where if they win three in a row they can break that record, I think it's pretty cool."

The Warriors improved to 71-9 on Saturday night, rallying from a 10-point deficit in the fourth quarter to defeat the Memphis Grizzlies 100-99. They need to win their final two games of the regular season to beat the Bulls' mark of 72 victories in 1995-96.

Golden State, which beat Cleveland in the Finals last June -- and which James has described as looking "more hungry" than the Cavs -- is just the second team in league history to reach 70 wins.

With a banner commemorating the Bulls' historic season hanging above him, James said the Warriors' run this season serves as a reminder of how good those Bulls truly were.

James was 11 when Chicago tore through the league 20 years ago, embarking on the first championship season of its second three-peat as a franchise.

"Those guys didn't play many fourth quarters," James said. "That stood out. There were a lot of late quarters where [Toni] Kukoc and Randy Brown and Jud Buechler and those guys got in the game. So I remember that."

James also remembers being on a Cavs team in 2008-09 that ended up a handful of games short of the Bulls' record.

"Well, my best season was 66-16," James said. "I look back on it, I can remember a few games that we kind of lost that we should have won, but then I look at it as some of them we should have lost and we were able to come back and win.

"So that was a really good season for us that year. ... I don't know if I've been on a team that kind of said just, 'Let's go for the record.' You just kind of let it happen and see what happens, and I was, I guess, six games away from tying it."

Lue was asked if he ever thought another team, like this season's Warriors, would reach the 72-win bar that the Bulls set.

"I didn't think so," Lue said. "It's definitely remarkable to win this many games in a league with so many great teams, especially being in the Western Conference, and then the East has been great this year. To do that is definitely a tribute to this team."