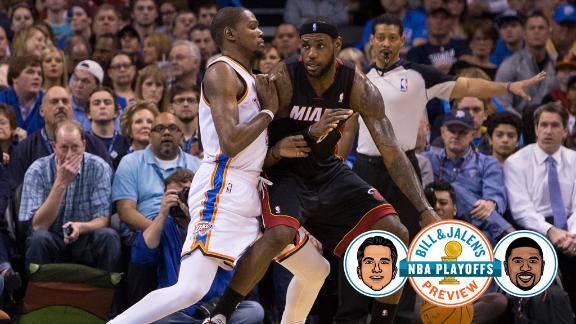 LeBron James once again has the NBA's best-selling jersey, but Kevin Durant is as close as he has ever been to the top, finishing the regular season in second place for the first time.

The rankings are based on sales during the season at NBAStore.com, figures that were released by the league on Thursday.

Thanks in part to James, who has finished with the top-selling jersey in six of his 11 seasons in the league, the Heat are the best-selling team. The Lakers, Knicks and Celtics finished second, fifth and sixth in merchandise sales, respectively, despite all missing the playoffs.

One surprise name on the list is San Antonio Spurs center Tim Duncan, who squeaked into the top 15 at No. 14. It's the first time Duncan has been in the top 15 since 2007.