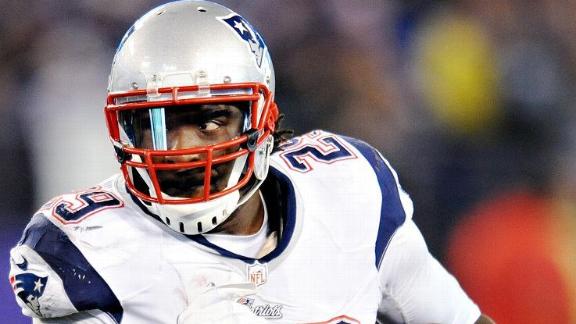 ESPN
By Scott Brown
Running back LeGarrette Blount has signed a two-year contract with the Pittsburgh Steelers for what a source says is $3.85 million, including a $950,000 signing bonus.

The Steelers announced the signing Friday, but they did not confirm the financial terms.

Blount, who rushed for 772 yards and seven touchdowns last season for the New England Patriots, will add size and experience to the Steelers' backfield.

Undrafted out of Oregon in 2010, Blount also provides the Steelers with a proven backup behind Le'Veon Bell.

Coach Mike Tomlin said earlier this week that the Steelers needed to add a quality player at running back and Blount fits that profile.

Blount emerged as arguably the Patriots' best running back in the latter half of last season, and the 6-foot, 250-pounder provides the Steelers with another power back as well as insurance should Bell get injured or struggle in his second NFL season.

The Steelers previously met with Maurice Jones-Drew, who signed with the Oakland Raiders on Friday. They had interest in Blount prior to this year, having hosted him for a pre-draft visit in 2010.

Blount, 27, eventually signed with the Buccaneers, and he played three seasons with Tampa Bay before joining the Patriots. He has rushed for 2,711 yards and 20 touchdowns in four NFL seasons, averaging 4.7 yards per carry.

Information from ESPN NFL Insider Adam Schefter is included in this report.