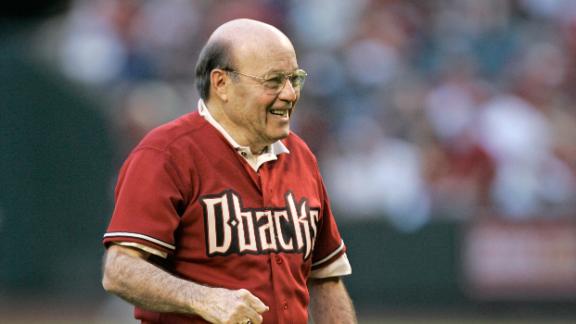 Joe Garagiola's nine-year baseball career was a modest one. His 57 years in broadcasting that followed made him one of the most popular figures in the sports world and beyond.

The man Arizona Diamondbacks President Derrick Hall called "one of the biggest personalities this game has ever seen" died Wednesday. He was 90.

The Diamondbacks announced Garagiola's death before their exhibition game againstSan Francisco, and there were murmurs of shock and sadness at the ballpark. He had been in ill health in recent years.

Growing up in the Hill neighborhood of St. Louis not far from future Hall of Famer Yogi Berra, Garagiola went on to hit .257 during nine years in the majors. His highlight came early, getting a four-hit game in the 1946 World Series and helping the hometownCardinalswin thechampionship as a 20-year-old rookie.

But it was after he stopped playing that his fortunes took off. He thrived as a glib baseball broadcaster and fixture on the "Today" show, leading to a nearly 30-year association with NBC.

Garagiola was the play-by-play voice of baseball for NBC for nearly 30 years, beginning in 1961. He worked alongside Curt Gowdy, Tony Kubek and Bob Costas on the network's "Game of the Week."

After leaving NBC in 1988, Garagiola became the commentator for the California Angels and Diamondbacks until retiring from broadcasting in 2013.

He was awarded the Ford Frick Award, presented annually to a broadcaster for "major contributions to baseball," by the Baseball Hall of Fame in 1991.

"He had a genuine impact on the craft," Costas said. "He was among the first to bring a humorous, story-telling style to the booth."

Garagiola's son, Joe Jr., is a former general manager of the Diamondbacks and a current executive with Major League Baseball.

"We are deeply saddened by the loss of this amazing man," his family said in a statement, "who was not just beloved to those of us in his family, but to generations of baseball fans who he impacted during his eight decades in the game."

"Joe loved the game and passed that love onto family, his friends, his teammates, his listeners and everyone he came across as a player and broadcaster. His impact on the game, both on and off the field, will forever be felt."

Commissioner Rob Manfred said, "All of us at Major League Baseball are deeply saddened by the loss of Joe Garagiola.

"Joe began [an] illustrious career as a baseball player, but it wasn't long before everyone knew that this unique individual would combine his multi-talented media skills and wonderful personality to make a mark off the field as well."

Manfred also praised Garagiola for being a leader in baseball's fight against smokeless tobacco.

When both men entered retirement communities a few years ago, Garagiola recalled a phone conversation with Berra.

Garagiola played for the Cardinals, New York Giants, Pittsburgh Pirates and Chicago Cubs. He broke in with the Cardinals, joining a powerful team led by the great Stan Musial. Garagiola got four hits in Game 4 of the 1946 Series against Boston and batted .316 overall as St. Louis beat theRed Soxin seven games.

Garagiola broke into broadcasting in 1955 as a radio and television analyst for the Cardinals. He spent 27 years at NBC and was paired with Tony Kubek as the lead broadcast team from 1976-82 and then with Vin Scully from 1984-88. He was 62 when he left on Nov. 1, 1988, when his contract expired. He broadcast Angels home games on TV in 1990.

He didn't limit his talents to sportscasting.

Garagiola was a co-host of the "Today" show from 1969-1973, working with Barbara Walters and Hugh Downs, and again from 1990-1992, working with Bryant Gumbel and Katie Couric.

"Today" host Matt Lauer tweeted that Garagiola was "part of the soul of our show."

When Garagiola stepped down from hosting in 1992, he continued as a "Today" correspondent at large, doing sports and human interest stories. Garagiola also stepped in on occasion to host "The Tonight Show Starring Johnny Carson," including a 1968 show featuring guests John Lennon and Paul McCartney.

"One of the world's good guys," said his longtime Westminster broadcasting partner, David Frei. "He loved the game, of course, but he loved life. That's why he was so well-loved everywhere he went, including the dog show."

Garagiola is survived by his wife of 66 years, Audrie; sons Joe Jr. and Steve; daughter Gina; and eight grandchildren.

The funeral will be held at an unspecified date in his hometown of St. Louis. A memorial service also will be held in Phoenix. 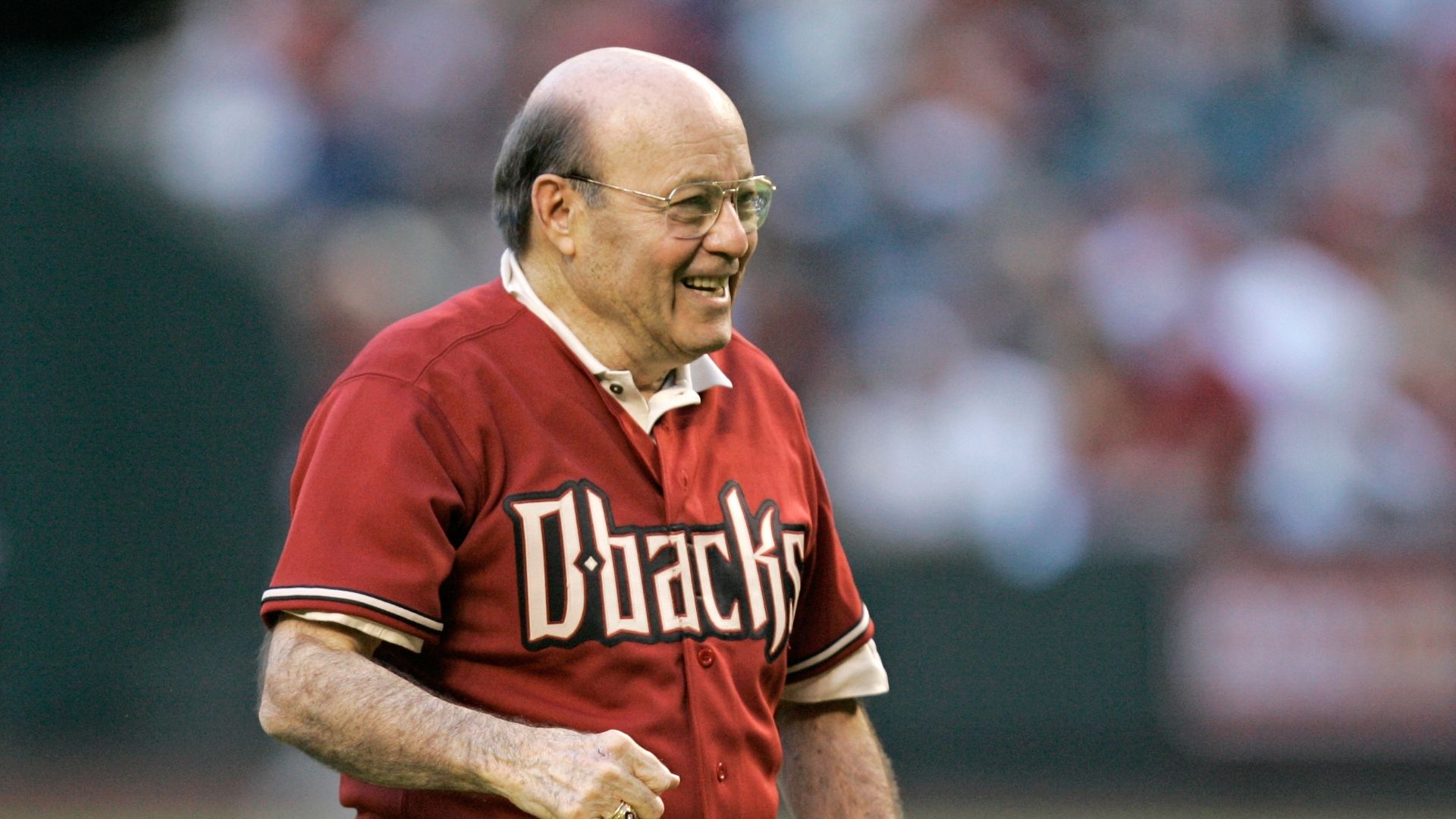