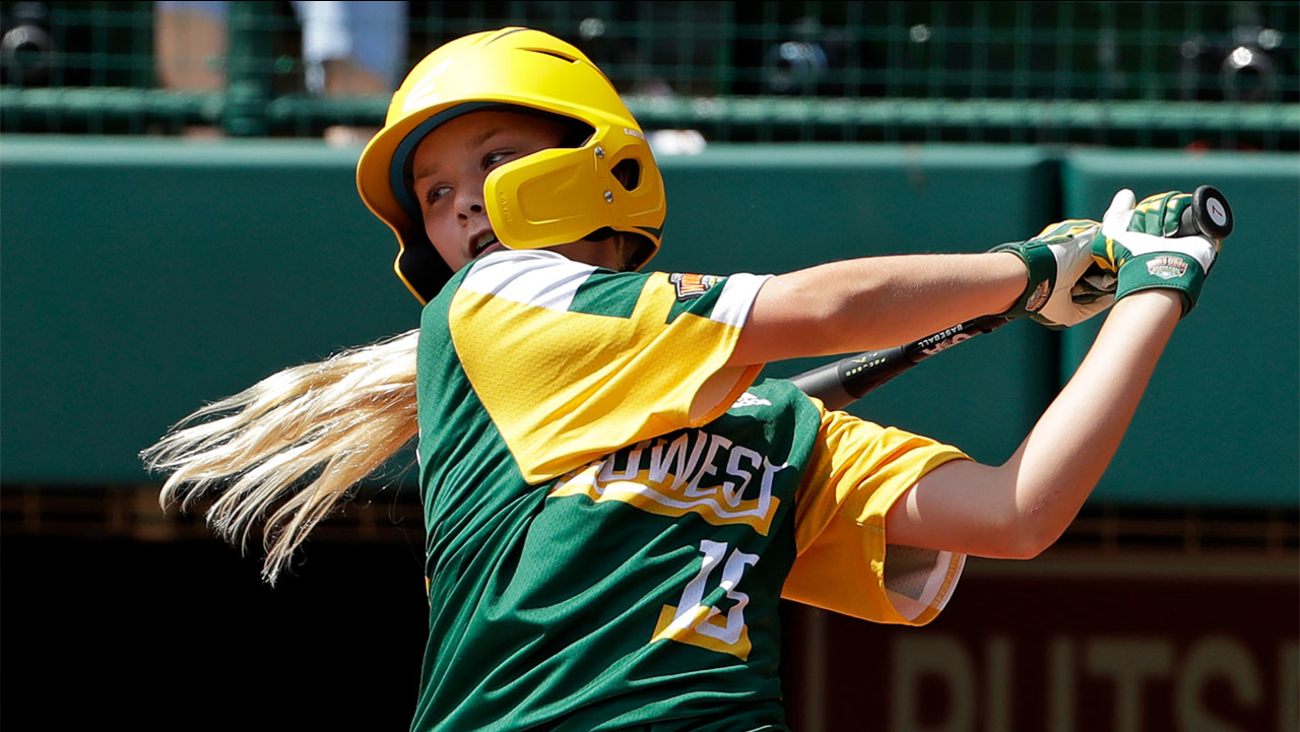 AP
By David Eckert
SOUTH WILLIAMSPORT, Pa. -- Maddy Freking's left foot points back toward home plate as she assumes her stance inside a mesh batting cage on the grounds of Little League headquarters. The bat head swivels slightly as she stands tall, with that angled left foot helping her stay square to the pitch when it comes.

Another one - the long, blonde ponytail poking out from her helmet as she rips liners into the netting - may pique fans' interest over the next week or so.

Freking is the starting second baseman on a team from Coon Rapids, Minnesota, that will represent the Midwest Region in the Little League World Series.

Click here to find out how to watch Little League World Series (LLWS) games on ESPN and ABC.

She'll become just the 19th girl in history to play in the 72-year history of the Little League World Series, and the first since 2014, the year Mo'ne Davis pitched her way onto the cover of Sports Illustrated.

"Some people say, 'Woah,'" Freking said of the reaction she's received. "Some think it's cool, some not so much."

Freking's gender hasn't attracted too much attention yet, and she seems indifferent to whether it ever does. She doesn't like having her picture taken, she said. And in interviews, she's concise and to the point - like a lot of 12-and-under Little League players.

Still, Freking and Minnesota manager Greg Bloom have formulated a plan of action as the attention ramps up.

"She's done well so far," Bloom said. "We told her if it gets to be too much, just let us know, us coaches, and we'll try to tell people to take a break. But I've warned her to expect to get a lot of attention. This doesn't happen very often."

Bloom said he's coached Freking since she was 10, so this is nothing new for him.

With Minnesota trailing a team from Iowa 5-1 in the fourth inning of the Midwest Regional championship in a bases-loaded, no out situation, Freking snared a line drive and alertly fired a strike across the diamond to third, where an Iowa runner had strayed too far down the line.

Iowa didn't score in the inning, and Minnesota rallied for three runs in the fifth and four in the sixth to make it to South Williamsport.

When the ESPN cameras panned to Freking after the play, she remained stone-faced and silent. Actions like that one - not words - are what make Freking one of the leaders on Minnesota's team, Bloom said.

"She does it by not saying too much," Bloom said. "It's how she acts. I know the boys pay attention, which is good."

Freking, who also plays volleyball and basketball, said baseball is her favorite sport because of the travelling she gets to do.

And, despite the occasional inquiry from one of her female friends, asking if she wants to make the change over to softball, Freking has a simple rationale for sticking with baseball.

"I feel like it's easier than softball because I've been playing it for longer," Freking said, "and I don't really feel like changing."

Another name on Freking's list of role models is Davis, who will play softball at Hampton University in the spring. She became an overnight media sensation in 2014, leading a team from Philadelphia with her powerful pitching.

Does that kind of attention appeal to Freking?

The Hawaiian archipelago has sent four teams to the Little League World Series title game since 2005, including last year's championship team from Honolulu. The West region will again be represented by Hawaii this year, with Central East Maui Little League earning a trip to South Williamsport.

Two brackets of eight teams, one international and one from the United States will each play a double-elimination tournament starting Thursday. The bracket finals are Aug. 24, with the Little League World Series championship the next day.
Report a correction or typo
Related topics:
sportspennsylvaniaworld seriesbaseballlittle leagueu.s. & worldwomen
Copyright © 2020 by The Associated Press. All Rights Reserved.
LITTLE LEAGUE 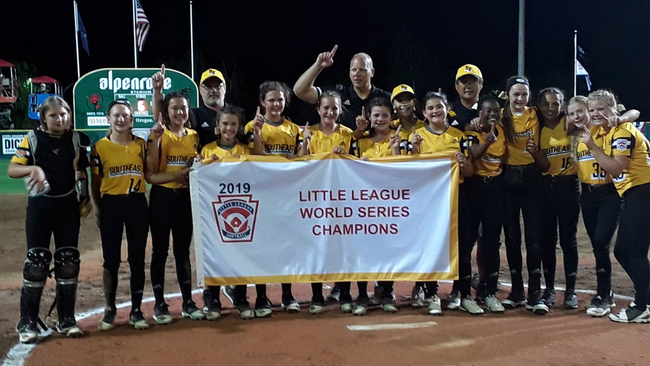 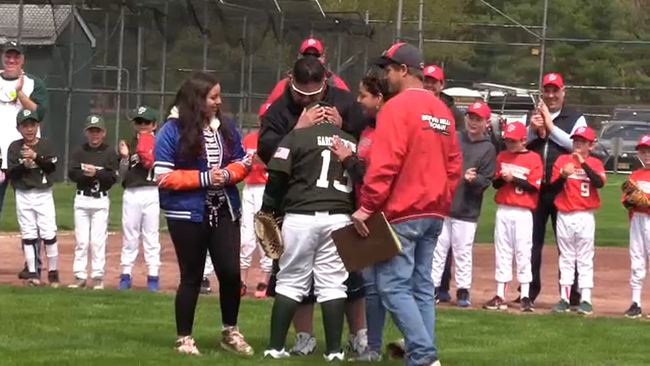