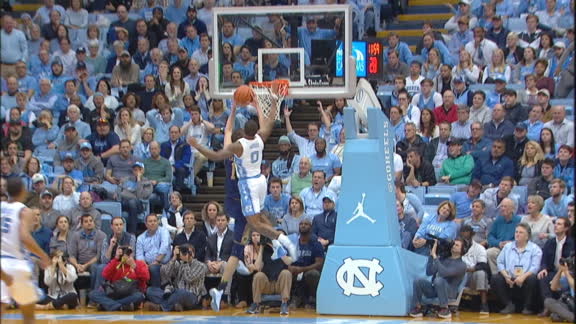 CHAPEL HILL, N.C. -- Once Nassir Little got rolling, No. 13 North Carolina didn't have to worry much about yet another home loss.

Little scored all 11 of his points in the final 11 minutes, and the Tar Heels beat Notre Dame 75-69 on Tuesday night.

"It was just a matter of time," Little said. "Everybody was just waiting for me to do what I do, to help the team be as good as we can be."

Coby White had 17 points while Luke Maye added 14 points and 10 rebounds and Cameron Johnson finished with 11 points for the Tar Heels (13-4, 3-1 Atlantic Coast Conference). UNC used a late 12-1 run to bounce back from its most lopsided home loss under Hall of Fame coach Roy Williams.

Prentiss Hubb scored 18 points, John Mooney had 16 points and 19 rebounds, and D.J. Harvey added 15 points for the Fighting Irish (11-6, 1-3). Hubb put Notre Dame up 58-57 with a layup with just under seven minutes remaining, but the Irish missed their next six shots while North Carolina took control.

"Everything was just right for us," coach Mike Brey said. "We just needed a few more plays, and we probably needed another scorer."

White started the key run with a 3-pointer with the shot clock winding down with 6 1/2 minutes to play, and Little, a freshman, ended it with a twisting layup on the break that gave the Tar Heels their first double-figure lead, 69-59, with less than 90 seconds left.

Notre Dame: The Fighting Irish have lost three of four to begin conference play and haven't cracked the 70s in scoring in any of those games. They aren't afraid to pull the trigger from 3-point range -- no team in the ACC has taken more of them this season, and roughly half their shots in this one were from beyond the arc -- but they didn't quite hit enough of them to pull off the upset: Notre Dame was just 4 of 15 from long range in the second half.

North Carolina: The Tar Heels will hear less about that embarrassing 83-62 loss to Louisville. They also haven't lost three straight home ACC games in nearly a decade. Perhaps the most encouraging sign: They had only two turnovers in the second half.

T.J. Gibbs, who averages a team-best 18.5 points for Notre Dame, was held to five points on 1-of-9 shooting in his return after an illness that forced him to miss a game for the first time in his career. "My trainer said, You can't play him as usual, 35 minutes, because he's ill," Brey said. "And then I played him 35 minutes, because he was our only option. ... We need to kind of get him back to 100 percent by Saturday."

PLAY OF THE NIGHT

Seventh Woods earned some hustle points for his blocked shot that brought the crowd to its feet with about 12 minutes left. Nate Laszewski was headed for an easy open-court dunk after stealing the ball from Johnson. But Woods raced in to block the attempt at the rim.

BATTLE ON THE BOARDS 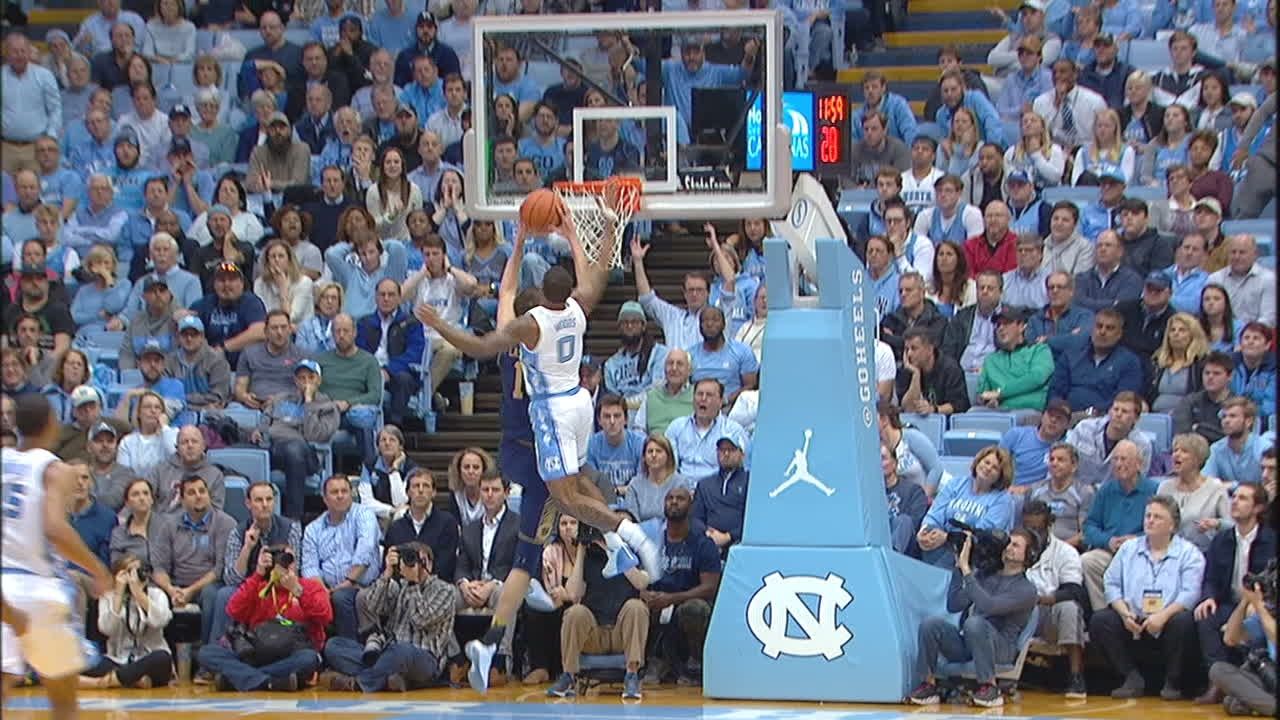