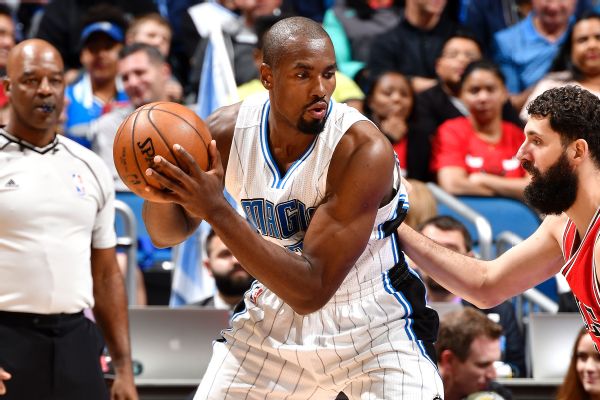 The Orlando Magic have agreed to trade power forward Serge Ibaka to the Toronto Raptors for small forward Terrence Ross and a 2017 first-round pick, a source confirmed to The Undefeated's Marc J. Spears on Tuesday.

The Vertical first reported the terms of the trade.

Ibaka joined the Magic during the offseason when he was traded from the Oklahoma City Thunder for Victor Oladipo and No. 11 pick Domantas Sabonis.

Orlando had felt in recent weeks that Ibaka might leave in free agency this summer. Without assurances he would stay, the Magic weighed offers from several teams, including the Raptors and Miami Heat, before agreeing to the trade.

Toronto is confident it can re-sign him this summer, a source told ESPN's Ramona Shelburne.

DeRozan said of Ibaka, "He's definitely one of a kind. When it comes to rim protection, being able to score in the post, and also space the floor as well. It sucks to see T [Ross] go, but now we got to make this new adjustment with a great new addition."

A source close to Ibaka told Shelburne that he had begun to have misgivings about the way he was being used by Magic coach Frank Vogel and the long-term direction of the franchise amid growing uncertainty over general manager Rob Hennigan's future.

Ross moves to the Magic after averaging 10.4 points and 2.6 rebounds in 22.4 minutes per game for Toronto.