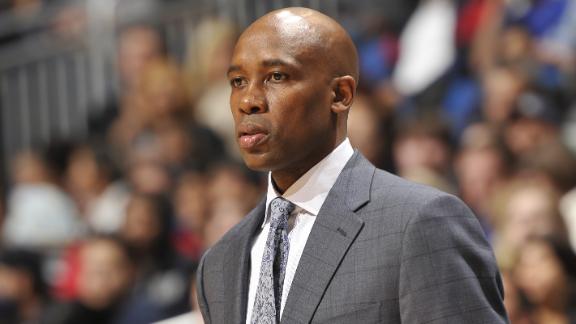 ORLANDO, Fla. -- The Orlando Magic fired coach Jacque Vaughn after two and a half seasons on Thursday, ending the tenure of the first-time coach brought in to help rebuild the NBA team.

General manager Rob Hennigan announced the move following a 15-37 start to the season and lopsided losses during a 10-game losing streak. It is the Magic's second skid of at least five games this year.

"We went into this season wanting to see some progress," Hennigan said at a news conference Thursday afternoon. "We wanted to see growth. We just didn't feel like we were seeing the type of growth we wanted to see. We're finding ourselves in sort of a rut ... but it's a road bump, not a roadblock."

Vaughn's dismissal comes after the team picked up the fourth-year option of his contract this past offseason.

"There's never an ideal time to make a change of this magnitude," Hennigan said. "As the season progressed, we just felt like a change needed to be made and this was the time to do it. Plain and simple.

"We were trying to get our hands around the inconsistency we were seeing on the floor. There's a lot of reasons for that. Jacque's not the only reason for that."

"I am a stronger and wiser man and coach because of the opportunity," Vaughn said in the statement. "I look forward to seeing this group continue to grow."

The most recent losing streak has included perplexing losses to some of the NBA's worst clubs in Detroit, Charlotte, New York and the L.A. Lakers.

"We're just not where we feel we should be today," Magic CEO Alex Martins said. "We felt like this was the season where we were going to turn the corner. And we haven't turned the corner."

Despite being as healthy has the Magic have been all season, the Magic have given up 100 or more points in 14 consecutive games. They've also lost five of their past six at home, where they are just 5-17 this season.

With the club essentially starting over, Orlando was patient with Vaughn while the Magic went 43-121 over his first two seasons. But as the club has improved its roster this season, the results didn't match expectations -- and the Magic have the same 15-37 record as they had through 52 games in the 2013-14 season.

The Magic's .269 win percentage over the past three seasons under Vaughn is the worst in the NBA during that span, according to ESPN Stats & Information.

Vaughn, who also played for the Magic during his 12-year career as a point guard, pointed toward the team's lack of chemistry as a reason for the team coming up short in Wednesday's loss to the Spurs.

"We have a first-year player [Elfrid Payton], a second-year player [Victor Oladipo]on the court trying to win a ballgame in the fourth quarter," Vaughn said. "[The Spurs have] done this for many years, execution-wise -- players knowing what they're going to do and who's going to get it. That's just a part of growing up and being together for the continuity for a long time."

This past offseason included the club's most extensive roster makeover since Vaughn's hire. The moves brought in eight new players, including veterans Channing Fryeand Ben Gordon, to fortify a roster that already featured a young core of Oladipoand Nik Vucevic.

But the team struggled out of the gate when both Oladipo and Frye suffered preseason knee injuries.

Orlando's players have missed 89 games collectively to injury this season. The list includes Aaron Gordon, the No. 4 overall pick in the 2014 draft who just returned to action after missing 31 games with a broken left foot.

Through the injuries, Orlando has also struggled to find a cohesive lineup. Orlando used 11 different starting lineups this season.

Several league executives have speculated that former Magic player and veteran coach Scott Skiles could be a front-runner for the job.

Skiles played five of his 10 NBA seasons with the Magic, enjoying the best years of his career there. He has compiled a 443-433 career record as a head coach with Phoenix, Chicago and Milwaukee.

Borrego, who was Vaughn's lead assistant, is in his third season with the Magic, having previously worked with New Orleans and San Antonio. He was the head coach of Orlando's summer league team in 2013.

Chris Broussard of ESPN The Magazine and The Associated Press contributed to this report. 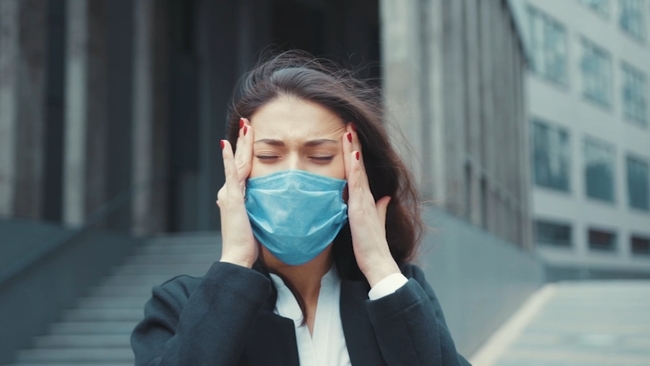