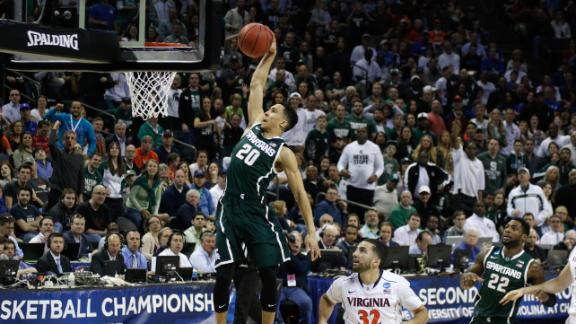 Magic Johnson has operated in the stands and behind the scenes for the Michigan State Spartans as they have marched into the Sweet 16.

On Sunday, speaking again at the behest of coach Tom Izzo, the team's biggest booster measured up its performance in the locker room, telling the Spartans they stayed with the plan in the face of adversity, stuck together and that it was "beautiful to watch."

"I just want to say, when you're in a battle, your seniors gotta step up, all right?" Johnson said in the wake of the No. 7 seed's 60-54 win over second-seeded Virginia, seen on video that was aired as part of TBS' coverage of the NCAA tournament.

The Naismith Hall of Famer and co-owner of theLos Angeles Dodgersthen addressed the seniors, looking to each directly starting with Travis Trice, who sparked the win by scoring 13 of Michigan State's first 15 points and finishing with a team-high 23.

"See, you stepped up," Johnson said. "And even when [Denzel] Valentine got in foul trouble, you didn't waver. You kept going.

"And I think Coach was right: the defense, helping each other, talking -- talking," Johnson added with emphasis, making a chirping gesture through the air with his hand. "It was beautiful. It was beautiful to watch. And even when they came back and made their run, you stuck to the game plan, you executed and you stuck together."

Johnson also spoke to the Spartans on Saturday as they prepared for their round of 32 game against UVa, their second in Charlotte, North Carolina, after opening with a win over theGeorgia Bulldogs.

Michigan State next faces the No. 3-seededOklahoma Sooners on Friday at the Carrier Dome in Syracuse, New York.

Izzo, who advanced to his seventh Sweet 16 appearance in eight years, told the Spartans he "hoped everyone hugs and kisses one of the assistants in here because the job they did, the game plan.

"And you know what?" Izzo said in the locker room, which was also aired as part of the TBS coverage. "The way we took that middle drive away today won us the ballgame."

Spartans Spurn Cavaliers For Second Straight Year
Travis Trice led Michigan State with 23 points in its 60-54 win over Virginia in the round of 32 of the NCAA tournament. 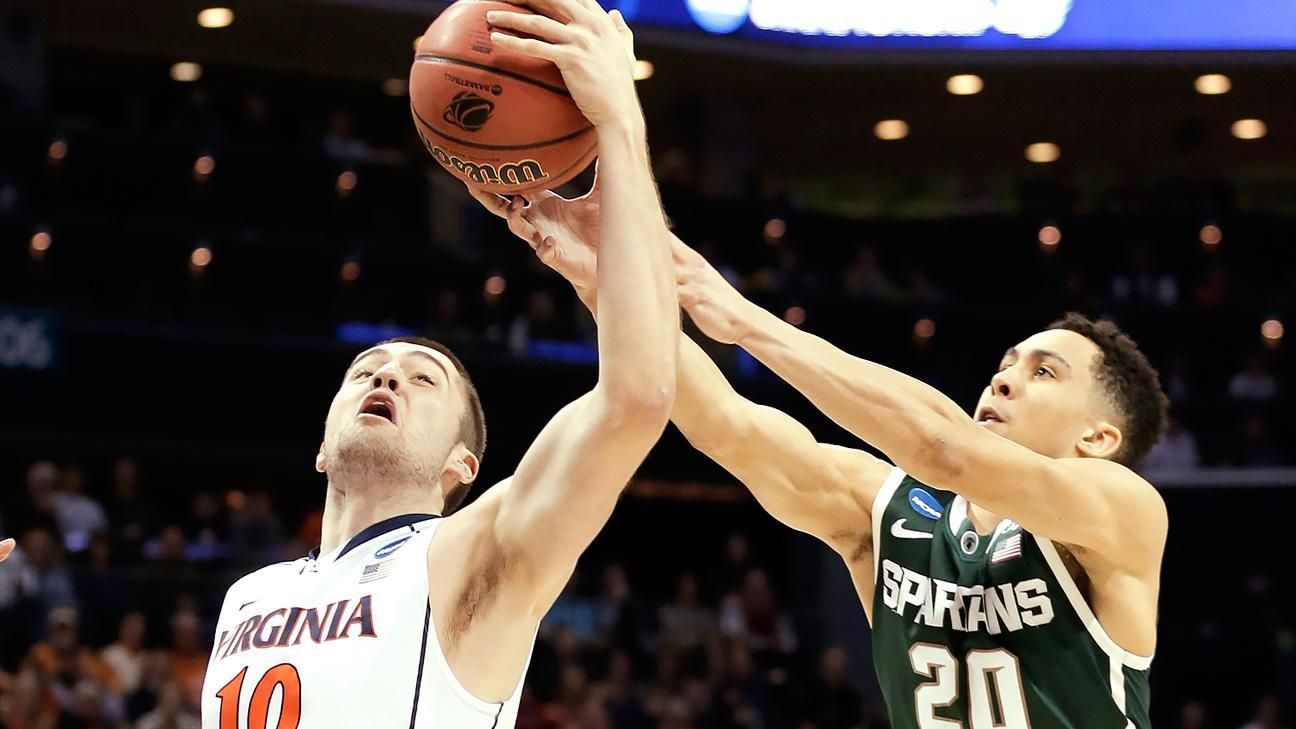