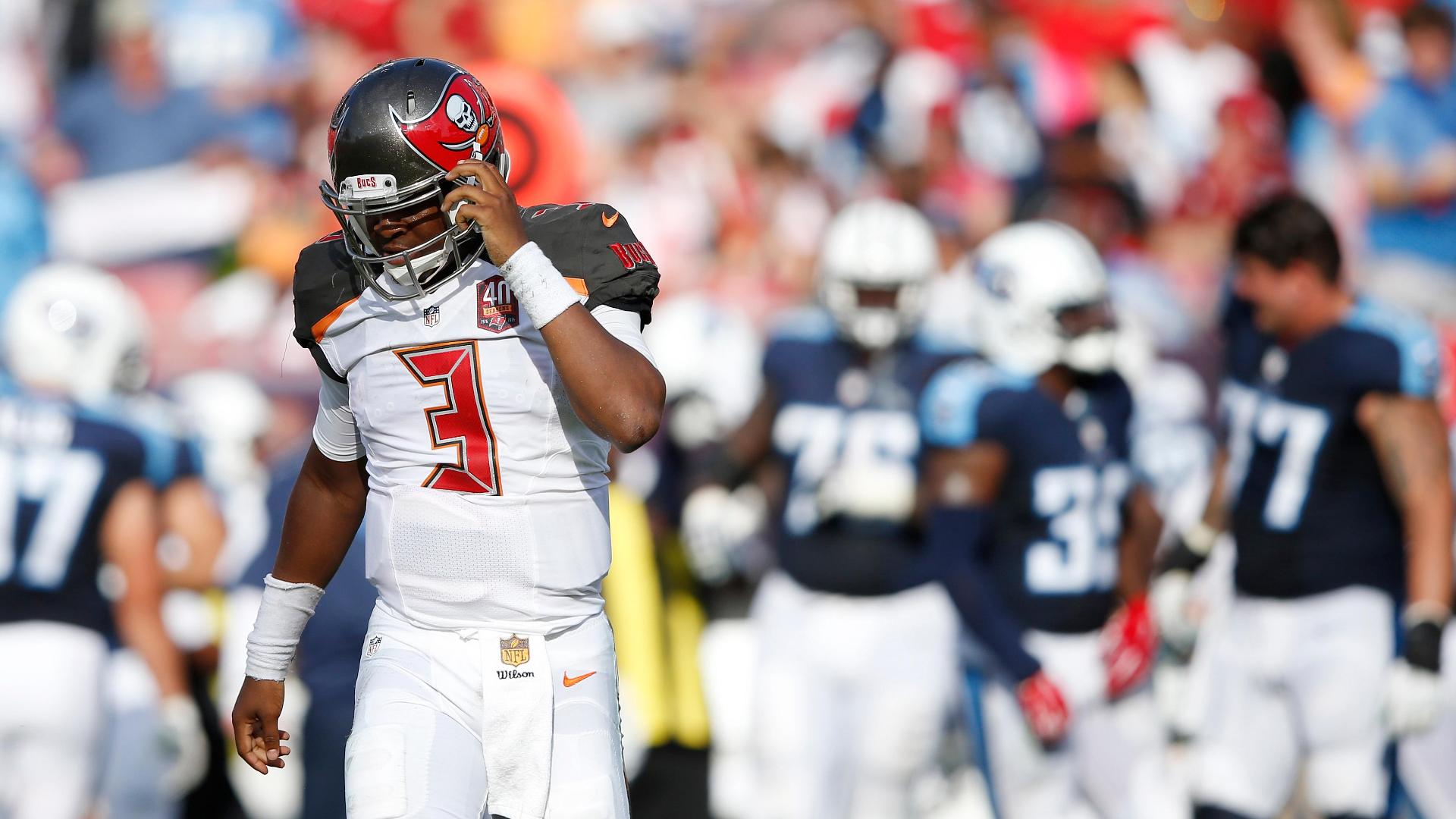 Marcus Mariota's NFL career could not have started much better. The professional debut of Jameis Winston, on the other hand, quickly tailspinned in the opposite direction.

Mariota threw four touchdown passes Sunday as the Titansrolled to a 42-14 victory over Winston and the Buccaneers in a game featuring the top two picks in this year's NFL draft.

The Titans easily surpassed their highest scoring total of 28 points from last season, when they went 2-14 before drafting Mariota with the No. 2 overall pick.

"It felt great," Mariota said. "I'm proud of the guys in the locker room. We worked hard all week to be able to execute well, and to be successful is good for us."

Mariota joined Hall of Famer Fran Tarkenton as the only players to throw four or more touchdown passes in their first NFL game. Tarkenton did it for Minnesota against Chicago on Sept. 17, 1961.

Mariota, who won the Heisman Trophy last year while at Oregon, completed 13 of 16 passes for 209 yards without an interception, finishing with a perfect 158.3 quarterback rating. He is the first player in league history to throw two touchdown passes in the first quarter of his NFL debut, according to the Elias Sports Bureau.

Mariota said his performance, as well as the team's, exceeded his expectations in his debut.

"The entire offense played well," he said. "I'm very fortunate to be a part of the group that I am. The entire group just went out and executed, and we had some success today.

"The entire offense was kind of on the same page. If we can continue to do that, we can be pretty good this year."

Titans cornerback Coty Sensabaugh, who scored on a 26-yard interception return in the first quarter, had high praise for Mariota after the game.

"Eight is special," he said of Mariota, who wears No. 8. "He showed the country what he can be. We have a lot to look forward to. But we have to get back to work."

While Mariota was impressive in his regular-season debut, Winston's career started inauspiciously. He threw an interception to Sensabaugh, who returned it 26 yards for a touchdown, on his first passing attempt and was intercepted on a screen pass in the second quarter as well.

Winston, the No. 1 overall draft pick in this year's draft, became the first quarterback since Brett Favre in 1991 to have his first NFL pass intercepted and returned for a touchdown.

Winston threw a pair of touchdown passes to Austin Seferian-Jenkins and finished 16-of-33 for 210 yards. He also rushed for 18 yards and was sacked four times.

Winston acknowledged Mariota had "an amazing game," which he said didn't surprise him because he considers Mariota a "great quarterback."

Winston said it's natural for fans to wonder after a game like this whether the Bucs made the wrong decision in the 2015 NFL draft, but said he's encouraged the Bucs will show enough improvement to win fans over.

"I believe we're going to bounce back," Winston said. "That's what we'll do."

Winston was noticeably limping during and after the game, possibly from lingering effects of an ankle injury suffered in the preseason. When asked whether Winston's ankle affected playcalling, Bucs coach Lovie Smith said many of his players had bumps and bruises.

Winston said he felt comfortable the whole game but believed the pick-six to Sensabaugh deflated the entire offense. He felt things could have been different had he avoided that mistake.

"I can't perform that way in a home opener," Winston said. "I can always bounce back. It's not the end of the world."

Winston got the Buccaneers on the board on the first play of the second quarter, when he found Seferian-Jenkinsfor a 5-yard touchdown that made it 21-7.

Mariota stays humble following Titans' win
Titans quarterback Marcus Mariota is pleased with the Titans' win but knows it's only one game and the team has to get better. 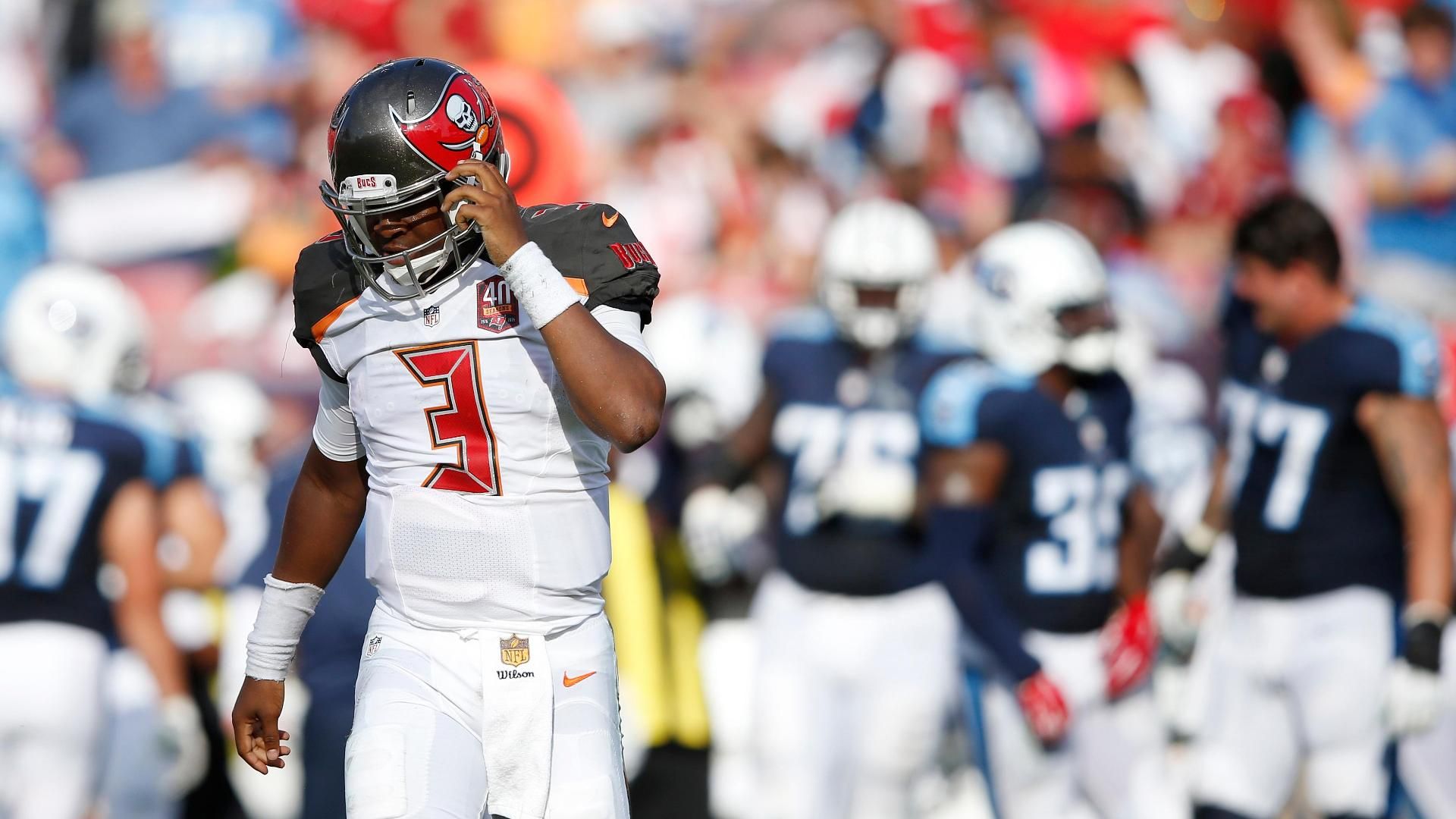