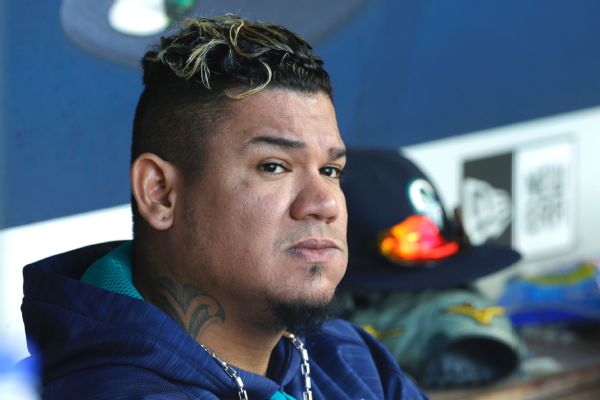 Mariners ace Felix Hernandez was robbed of his 2015 All-Star ring and an engraved watch by a gang of burglars working in the Seattle area, police said.

The robbery took place in November, police said at a news conference Wednesday, to announce that they had apprehended three men suspected of targeting luxury homes in the area. A nine-month investigation led them to a house in West Seattle, where they recovered $500,000 worth of stolen items.

Hernandez had lost more than $1.5 million worth of goods, including the diamond watch engraved with his nickname, "King Felix," police said. One of the suspects was wearing Hernandez's watch when he was arrested.

"They were very selective in their targets," Bellevue Police Chief Steve Mylett said. "That was their signature."

The group used the money from the stolen items mainly on luxury meals, strip clubs and travel, police said.