Mark Helfrich: Chip Kelly has 'got a plan' for Philadelphia Eagles 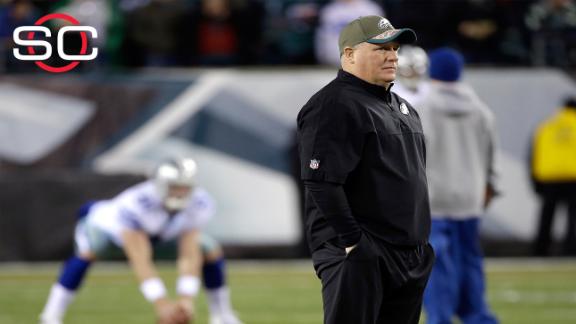 Despite the flurry of moves made this offseason, take it from somebody who knows: Philadelphia Eagles coach Chip Kelly "is not insane," Oregon coach Mark Helfrich said Monday.


"I think it's unfortunate that I've had to answer this question more than once: Chip Kelly is not insane," Helfrich, who was the offensive coordinator under Kelly with theDucksfor four seasons, told The Oregonianon Monday.


Kelly and the Eagles on Monday signed quarterback Tim Tebow, who last played an NFL game in 2012, to a one-year deal. Tebow will join a crowded Eagles quarterback roster that includes Sam Bradford, Mark Sanchez and Matt Barkley.