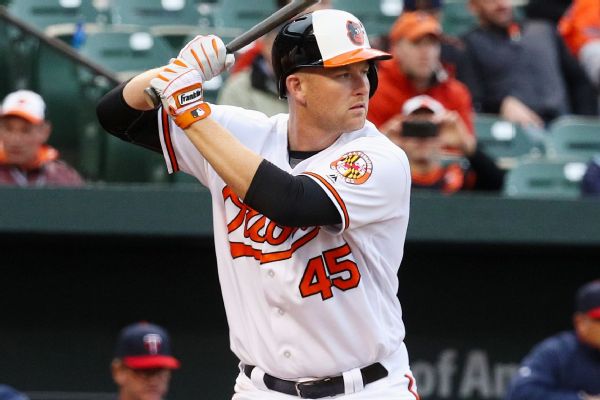 FanRag earlier reported news of an agreement between the two sides. Completion of the deal is contingent upon Trumbo passing a team physical.

Trumbo, 31, led the big leagues with 47 home runs in 2016, helping the Orioles reach the postseason for the third time in five years. It was the first career playoff appearance for Trumbo, who was named an All-Star for the second time.

Following the season, Trumbo received a one-year, $17.2 million qualifying offer from the Orioles.

In December 2015, the Mariners traded Trumbo and pitcher C.J. Riefenhauser to the Orioles in exchange for reserve catcher Steve Clevenger.

A first baseman and outfielder, Trumbo started 95 games in right field for the Orioles in 2016. He ranked fourth among AL right fielders with 10 assists, but accounted for minus-9 runs saved, second worst at the position.