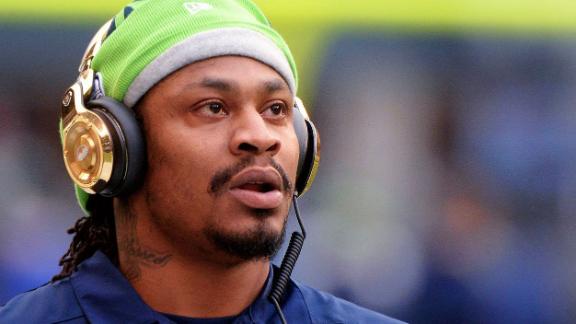 Seattle Seahawks running back Marshawn Lynch has been cleared of any involvement in an assault and property damage accusation, the Bellevue, Washington, police department said Wednesday night.

"The Bellevue Police Department has determined that Marshawn Lynch was not involved in this incident in any way," the department said in a statement. "The case remains an open and active investigation. We appreciate the cooperation we have received from Mr. Lynch and the Seahawks organization during this investigation."

The Bellevue PD had said Monday that Lynch was under investigation following an assault and property damage claim by an unnamed female.

The Seahawks called the accusation "bogus" in a one-sentence statement Tuesday.

"While we maintain the utmost respect for the investigative process, after speaking with Marshawn, we are comfortable these accusations are bogus," the statement read.

Seahawks officials spoke to Lynch and had proof that he was in his hotel room at the time the alleged incident took place.

Lynch, 28, missed the first eight days of training camp after holding out for changes in his contract, which is starting the third year of a $30 million deal.