WTVD
By Mark Armstrong
RALEIGH, N.C. (WTVD) -- At 6-foot-6 "and a half," he points out, and 310 pounds, Diego Pounds is built like a truck. Here's the catch -- how many trucks do you know that can backflip off a diving board?

"I've been doing backflips ever since I was little," Pounds told ABC11, then smiled. "Believe it or not, I used to be skinny."

It's that combo of size and athleticism that has college coaches drooling. Despite not even playing varsity ball until his junior season and not being able to camp this summer, Pounds has the likes of LSU, Alabama, Michigan and, of course, N.C. State and Duke pounding down his door.

"I never thought it would get like this you know, especially like when the Bamas and LSUs come," he said. "It's kind of overwhelming but honestly it's a good thing. I'm blessed to be in this position."

Pounds' head coach at Millbrook High School, Clarence Inscore, brought him along slowly, not even bringing him up to varsity until the tail end of his sophomore season. Pounds originally envisioned being a defensive lineman and does play both ways for the Wildcats, but his future is at offensive tackle.

"They (the colleges) know that having that guy with good feet like he's got and good athletic ability on the offensive side of the ball, that's what you want out there on the edge trying to block those guys in space," Inscore said.

As big as he is, Pounds has a personality to match. Here's what he said his coach would tell us about him.

"He'll probably tell you that I have a really good personality and that everybody loves me," he said. "I'm not trying to sound cocky or anything but that's honestly what it is."

We asked Inscore, and Pounds' self-evaluation checked out.

"Everybody likes him. You know, it's funny because every time I talk to a college coach, it's the same kind of thing. He's never met a stranger," Inscore said. "You know, everybody just falls in love with the kid honestly because he's so charismatic. (LSU) Coach (Ed) Orgeron called the other day and he's like 'usually with the big guys you've got to pull stuff out of them, but Diego just talked forever.'"

All that's left now is turning all this promise into production, assuming the pandemic allows it. Pounds loves playing the game, so all he's waiting for is a green light at some point this fall.

His head coach would like nothing more than for that to happen. 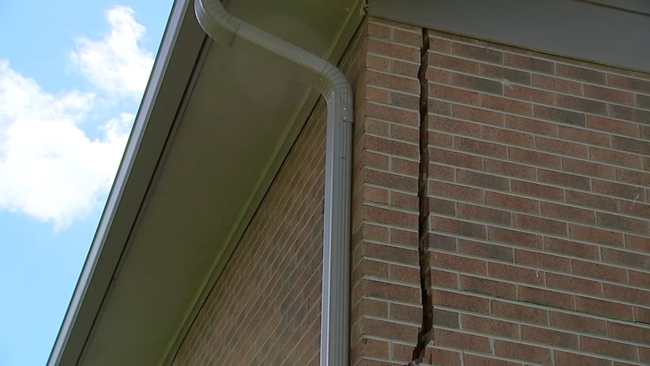