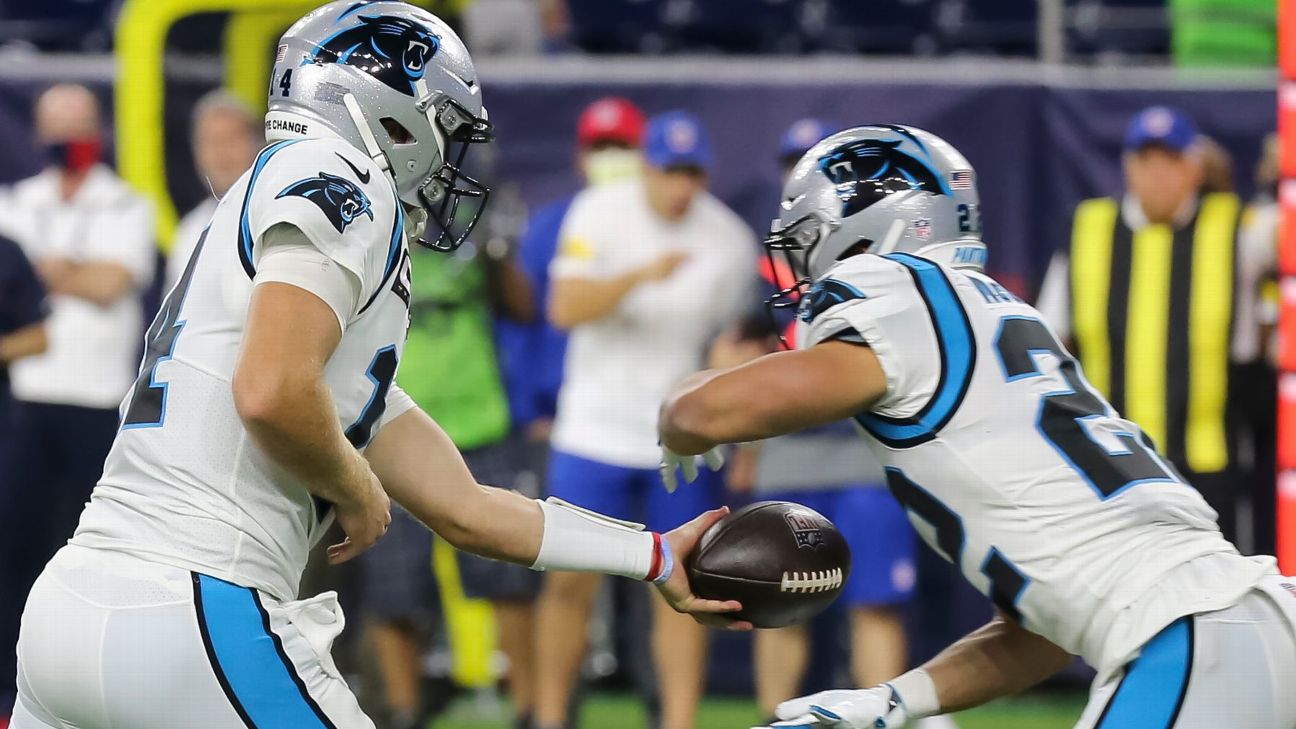 
"I'm going to get to Wednesday and see," Rhule said when asked if McCaffrey would be available for the Eagles. "In talking to Christian -- he's going to come out to practice and see exactly where he is football-wise."

McCaffrey suffered the injury early in the second quarter of the Sept. 23 victory against theHouston Texans. It was not considered serious enough to put the 2019 Pro Bowl selection on injured reserve.

McCaffrey made the trip to Dallas and was on the sideline Sunday at AT&T Stadium, where Carolina suffered its first loss after a 3-0 start.

It has been the team's belief all along that McCaffrey possibly could return after missing only one game and likely would miss no more than two to three if there is no setback with the injury.


McCaffrey entered the Texans game as the NFL leader in total yards from scrimmage with 324. He had 40 yards against the Texans before the injury and now ranks 12th.

Rhule said he was pleased with the play of his backs -- rookie Chuba Hubbard, Rodney Smith and Royce Freeman--with McCaffrey out. Hubbard led the way with 13 carries for 57 yards to go with two catches for 14 yards.

The Panthers rushed for 113 yards, with quarterback Sam Darnold accounting for 35 on six carries. He had two rushing touchdowns to increase his total to a league-leading five. 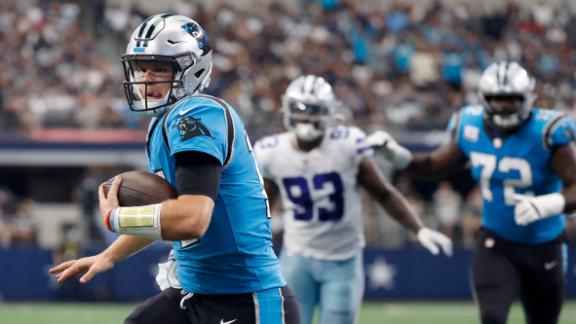