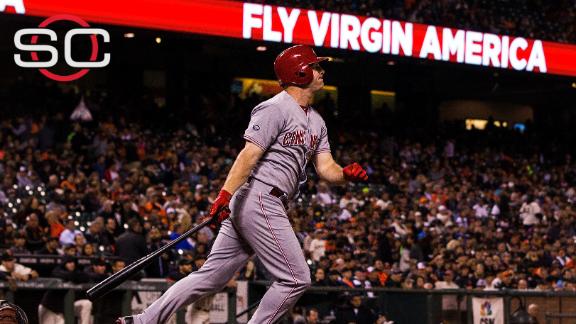 Last year, it was Yoenis Cespedes. This year, the New York Mets have added Jay Bruce to bolster their offense, getting him in a trade deadline deal with the Cincinnati Reds, sources told ESPN's Jerry Crasnick on Monday.

Bruce, 29, has spent his entire nine-year career with the Reds. He leads the National League in RBIs this season with 80 to go along with 25 homers and a .265 batting average. He is a lifetime .249 hitter with 233 home runs and 718 RBIs.

In the trade, which is pending physicals, the Reds get a number of prospects, including 23-year-old outfielder Brandon Nimmo, according to ESPN's Adam Rubin. Nimmo has played 18 games with the Mets this season. The 2011 first-round draft pick batted .336 in Triple-A this season.

Bruce's contract has a team option next season for $13 million, with a $1 million buyout.

The Mets were not on Bruce's no-trade list, which included the Red Sox, Rays, Yankees, Blue Jays, Diamondbacks, Marlins, A's and Twins.