Mets' Syndergaard, Cespedes out of All-Star Game; Cubs' Fowler, too

Chicago Cubs outfielder Dexter Fowler also had to withdraw on Saturday due to a hamstring injury.

Marcell Ozuna and Carlos Gonzalez now will start for the National League in the outfield. Cespedes and Fowler originally had been selected as starters via fan balloting. Syndergaard and Fowler -- both first-time All-Stars -- plan to attend the festivities in San Diego. Cespedes does not plan to travel to the event.

Syndergaard might have been NL manager Terry Collins' selection to start on the mound, but an issue that arose during Friday's game against the Washington Nationals takes that decision off the table.

Syndergaard's fastball dipped to 91 mph in the fifth inning and he was pulled midway through an at-bat by Jayson Werth. The Mets labeled Syndergaard's issue arm fatigue and insisted it is unrelated to a previously diagnosed elbow problem.

Syndergaard is taking anti-inflammatory medication to combat a bone spur in his pitching elbow. The spur is small enough that team officials say it will not need to be surgically removed this offseason.

Cespedes departed Friday's game in the third inning with a strained right quadriceps. He indicated that he had a similar issue in spring training in 2015 with the Detroit Tigers and missed only four or five days. The hope is that Cespedes will be available when the Mets open the second half on Friday in Philadelphia, but it is not clear yet whether Cespedes can avoid a trip to the disabled list.

Fowler has a lingering hamstring issue. He has been out since June 18, when he slowed up as he approached first base. His first rehab game was Friday night for Class A South Bend. Fowler felt he would not be ready to participate in San Diego. He and the Cubs hope he can be ready for the start of the second half when the Cubs host the Texas Rangers on Friday.

Pomeranz becomes the second representative for the host Padres, joining first baseman Wil Myers. It's his first All-Star selection, though he already has 102.0 IP. His previous career-high was 96.2 in 2012. His 2.47 ERA is fifth in MLB -- the best of any qualified pitcher not named an All-Star. Pomeranz is 8-7 in 17 starts. He already has set single-season career records for wins, innings and strikeouts.

Marté is a first-time selection. He has career-highs in batting average (.316) with 19 doubles, four triples, six homers, 32 RBIs and 27 steals.

In the American League, injured Boston Red Sox closer Craig Kimbrel will be replaced by Toronto Blue Jays right-hander Aaron Sanchez. Sanchez is 9-1 with a 2.94 ERA this season.

Kimbrel will undergo surgery to repair a medial meniscus tear in his left knee and is expected to miss three to six weeks, the Red Sox announced Saturday. 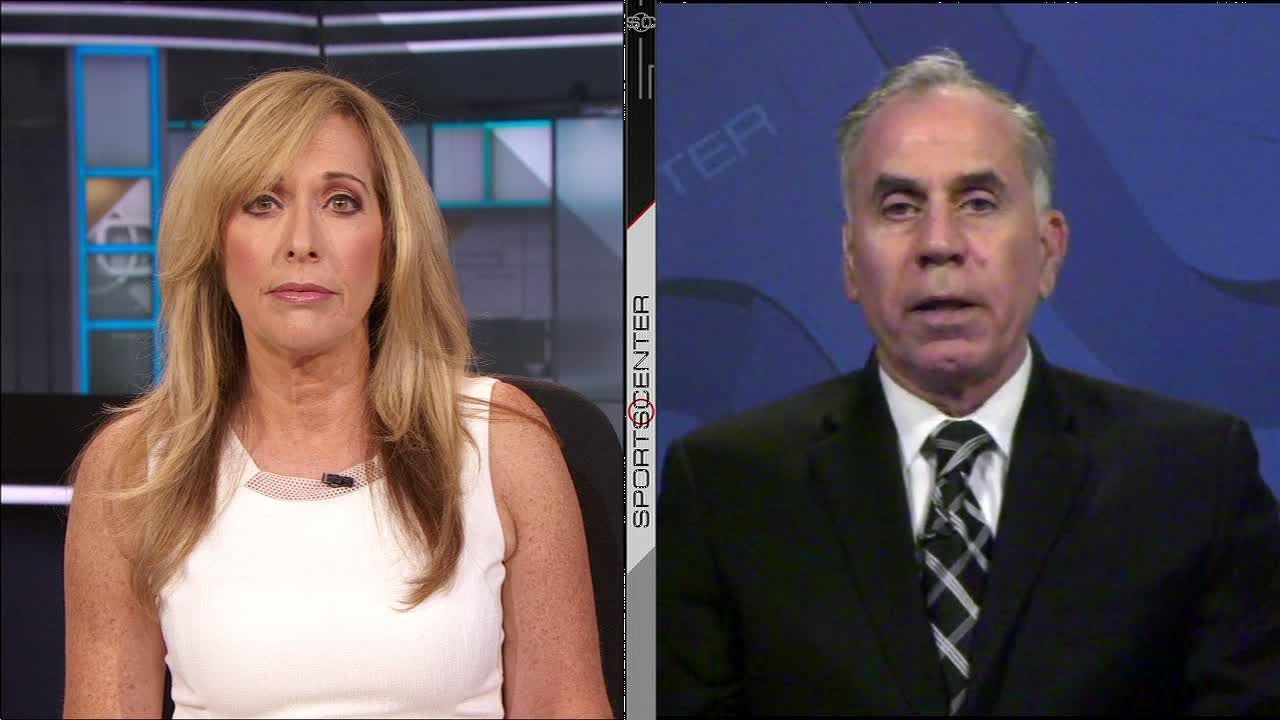