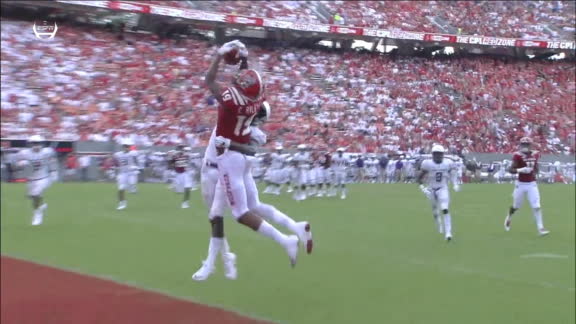 "He says just put it in his area code," Finley said.

He spent nearly all of Saturday's season opener backing it up, too. The wideout had career highs of 14 catches for 161 yards, including two big third-down grabs on the clinching late drive that helped the Wolfpack hold off James Madison 24-13.

Meyers' 161 yards receiving are the most for a Wolfpack player in a season-opening game, and he did it despite being hobbled with a sprained left ankle that had him showing up for postgame interviews wearing a protective boot. The Wolfpack needed all of it with fellow starting receiver Stephen Louis out with an injury.

The 6-foot-2 redshirt junior had flashed in big plays before, but this was a start-to-finish -- and frequently dominant -- showing unlike any before in his career.

Meyers figures his experience as a converted quarterback helps him in knowing what Finley needs from the pocket.

Reggie Gallaspy II added a 6-yard touchdown run with 65 seconds left to seal this one for the Wolfpack (1-0), who came up with an inside-the-5 stop to force James Madison to take a field goal instead of going for the tying TD with about 7 minutes left.

Pittsburgh transfer Ben DiNucci started at QB and threw for 197 yards with a score for the tested Dukes (0-1), who were 28-2 over the past two seasons while winning the 2016 Championship Subdivision title and reaching last year's title game.

"I'm happy with their effort and the amount of heart they played with," James Madison coach Mike Houston said. "I'm just not happy with the critical mistakes."

James Madison: The Dukes proved why they're the No. 2-ranked team in the Championship Subdivision polls, staying right with the Bowl Subdivision program from the Atlantic Coast Conference. They played without top cornerback Rashad Robinson, with the preseason Colonial Athletic Association defensive player of the year being ruled out for the season earlier Saturday due to a preseason foot injury. The Dukes were also without preseason all-conference defensive lineman Darrious Carter, who was out with a suspension for an undisclosed reason.

NC State: The entire preseason has been about finding out how well the Wolfpack developed experienced players to replace a crop of NFL draft picks from a nine-win season. Things were bumpy Saturday; an offense led by an NFL QB prospect in Finley and several big returning receivers had trouble sustaining drives and managed a meager 83 yards rushing. But the Wolfpack stayed a step ahead and avoided a momentum-sapping upset for the program.

Gallaspy's late TD came after Meyers came up with two huge catches, each on third-and-long. On the first, Meyers got wide open on the left side for a 39-yard catch -- which he said was the result of a week of preparation and offensive coordinator Eli Drinkwitz's gameplan.

"We knew if they press, I'd sell it and then I'd take off," Meyers said. "It was just perfectly drawn up. We just executed it."

He followed that with a tough 10-yard catch despite getting sandwiched by two defenders, setting up Gallaspy's score two plays later.

Wolfpack defensive lineman Eurndraus Bryant had to be carted off the field and taken to a nearby hospital for precautionary X-rays after he was hurt during a first-half pile up. Bryant didn't get up afterward, with Doeren saying Bryant told medical staffers that his "neck locked up" while he was down.

Bryant gave a thumbs-up while being carted off. The school said the X-rays were negative for a fracture and the team's Twitter account noted Bryant returned to the sideline by the end of the game. 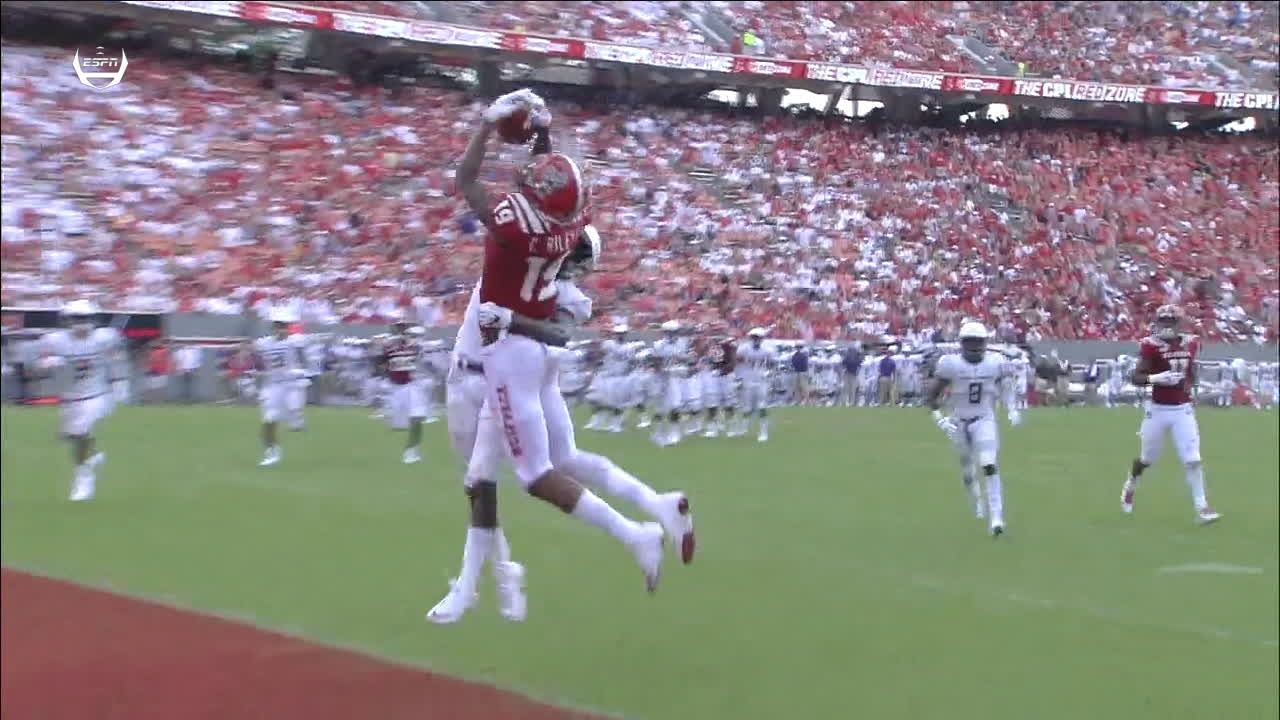