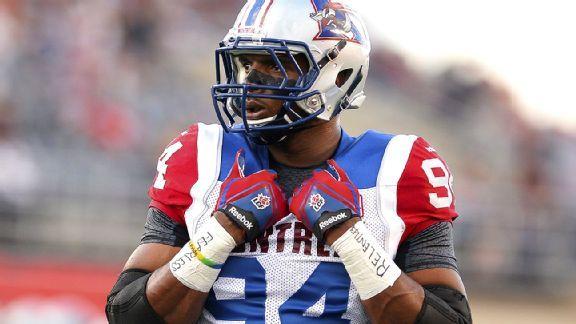 Michael Sam will step away from professional football, he announced via Twitter on Friday night.

Sam, the 25-year-old who began the season with the CFL's Montreal Alouettes, cited a tumultuous past year for leaving football at this time.

The Alouettes confirmed in a release that Sam has left the club for "personal reasons" and that he has been added to the team's suspended list.

Sam made the announcement in a series of tweets.

Sam, the first openly gay player to be drafted into the NFL, agreed to a two-year deal with the Alouettes this summer. He left training camp June 12, citing personal reasons, and sat out the team's first five games. He failed to record a tacklein his Alouettes debut Aug. 7.

Sam, the 2013 SEC defensive player of the year at Missouri,was selected in the seventh round of the 2014 NFL draft by the St. Louis Rams, did not make the team and spent some time on the Dallas Cowboys' practice squad before being released.