ESPN
By Dana O'Neil
BUFFALO, N,Y. -- Bobby Hurley was a first-team All-American at Duke, played in three Final Fours, won two national championships, was the most outstanding player of the Final Four and still holds the NCAA record for assists.

Reminded of some of Hurley's credentials, Brey reiterated, "I think he's better. He shoots it better."

Told of Brey's evaluation, Hurley chuckled. The Arizona Statehead coach deferred to the opinion of Brey, who was an assistant at Duke and recruited Hurley to the Blue Devils. He also declined a one-on-one battle to settle the score.

"No, no, no I'm not going to get into that," Hurley laughed. "What I did speaks for itself. But hey, he's coached us both, so he knows better than anyone. I'm over the hill now. My best days are behind me."

Farrell is from Point Pleasant Beach, New Jersey, a turnpike ride away from Hurley's Jersey City roots -- and the basketball circle is small in the Garden State. Hurley knew Farrell, knew his family -- Farrell's dad, Bob, is an AAU coach -- and recruited him when he was head coach Buffalo.

"I love Matt, love the way he plays," Hurley said. "He's exactly what you need in that position -- a guy that plays with grit."

Hurley also knew Farrell might have aspirations higher than Buffalo, and when he heard his old coach was heading to New Jersey to check out Farrell for the Irish, Hurley called Brey.

"He said, 'Coach, I usually don't get involved, but I just love him,'" Brey recounted. "He kind of made the comment, 'He reminds me of myself.' I said, 'Well, this evaluation is now over. I know what to do.'"

Brey then went on to make the point about Farrell versus Hurley.

Sitting in the locker room, unaware of Brey's high praise, Farrell raised his eyebrows when the assessment was relayed to him.

"I don't know, that's a bold statement," Farrell said. "That's a compliment, a huge compliment. I don't know if I'm better. He was a pretty special player and a good coach, too. I'll definitely at least try to be." 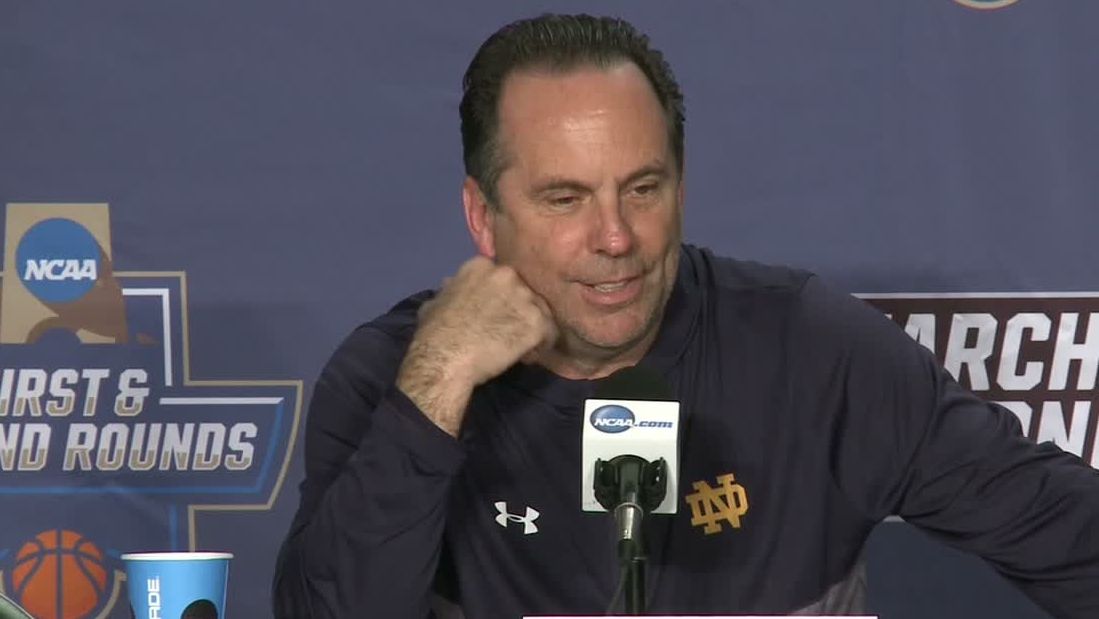