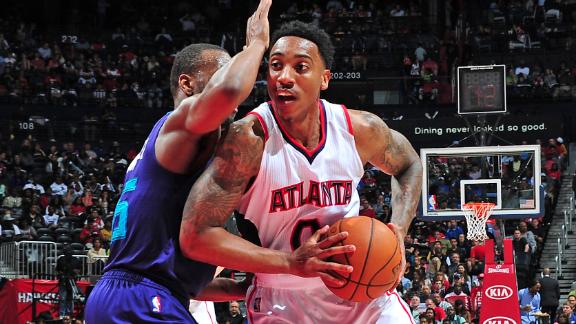 WASHINGTON -- Coach Mike Budenholzer praised general manager Danny Ferry as the primary architect of the Atlanta Hawks, who have won a franchise-best 60 games and have secured the top seed in the Eastern Conference.

"Anyone who has followed the Hawks for the last two or three years knows that Danny Ferry is the executive that's most responsible for the makeup of our team," Budenholzer said.


The Atlanta Journal-Constitution reported on Saturday that the Hawks had submitted Budenholzer's name for the NBA's annual Executive of the Year award. Ferry took a leave of absence from the Hawks on Sept. 12 after a recording of his making insulting comments about Luol Deng on a conference call were made public.


Since Ferry's departure, Budenholzer has presided as the head of basketball operations, with assistant general manager Wes Wilcox also active in the day-to-day management.


"Danny is responsible for me being here," Budenholzer said. "Our team is in a good place. I'm very grateful to work with such good players and such a great staff."


Executives from each team vote on the award at the conclusion of each regular season. Ferry's father, Bob, won the honor twice when he served as general manager of the Washington Bullets from 1973 to 1990.