Mike Trout: 'Up all night' monitoring winter storm in N.J. 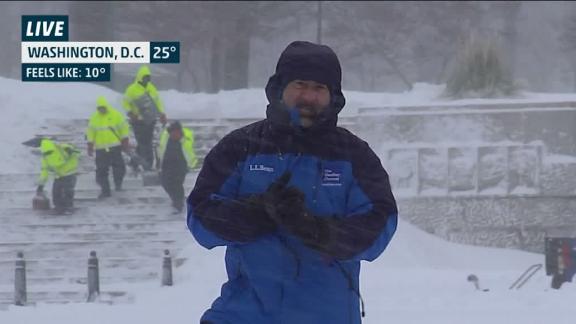 The massive snowstorm blanketing the East Coast has snarled traffic plans and forced millions of Americans indoors this weekend, but at least one person is loving it: Mike Trout, who said he was "up all night" monitoring the storm.

The Angels'star outfielder appeared Saturday on The Weather Channel to deliver a report on conditions in his hometown of Millville, New Jersey.

"It's been crazy, for sure. Obviously, up all night, up every hour, checking the measurements. We probably got about a foot and it's coming down steady right now," Trout said. "It's blowing hard. There's probably -- by my parents' house -- 4-, 5-, 6-foot drifts. The roads are terrible. It's just, you know -- it's awesome. I love it."

Trout, who said his street still had power ("We're lucky so far."), had big plans for his Saturday afternoon.

"We're gonna go out and play in it soon," Trout said. "I love it. I love the weather. This is awesome."

Trout also went out Friday night as the snow began to fall and tweeted video of the road conditions.

Trout's love of the weather goes beyond one winter megastorm. In an interview with Yahoo! Sports last summer, Trout said if he wasn't playing baseball he'd be in the northeast monitoring snowstorms and working as a local weather person on TV.

"I would love to try it," Trout said in that interview. Trout said he has a folder of weather apps on his phone that feature different models and forecasts, and he frequently exchanges direct messages on Twitter with Weather Channel meteorologist Jim Cantore.

Trout said he came by his love of weather early. He told Yahoo! that when he was a kid, he "always wanted to get off school. So I'd ask, 'When's the snowstorm coming?' I was the kid in class who would see snow out the window and start looking at it and want to play with it."

Turns out Trout might have some weather-predicting skills of his own. He told Yahoo! back in August: "We're planning on me doing a story when there's a big storm in Jersey. I'm gonna be on the Weather Channel. Hopefully we get a big snowstorm." 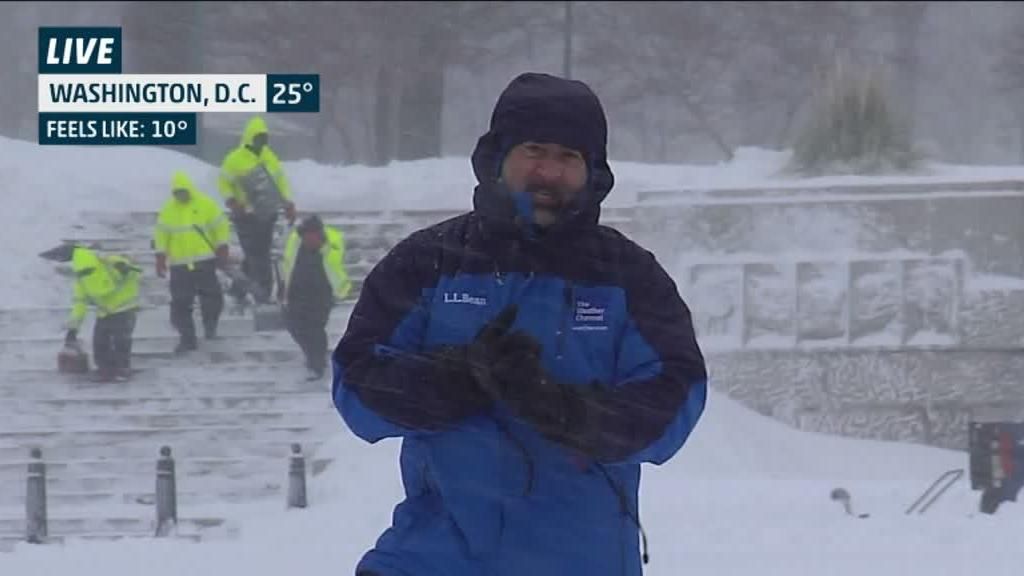