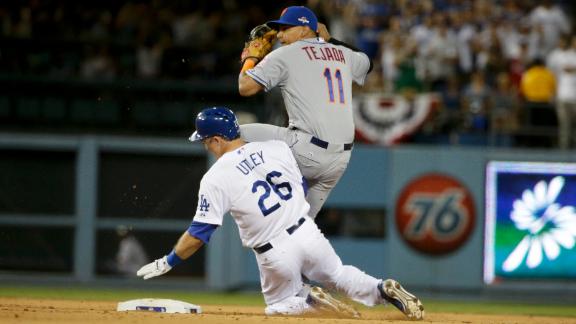 NEW YORK -- Major League Baseball and the players' union have banned rolling block slides to break up potential double plays, hoping to prevent a repeat of the takeout by the Los Angeles Dodgers' Chase Utley that broke a leg of New York Mets shortstop Ruben Tejada in last year's playoffs.

Under the rules change announced Thursday, a runner must make a "bona fide slide," defined as making contact with the ground ahead of the base, being in position to reach the base with a hand or foot and to remain on it, and sliding within reach of the base without changing his path to initiate contact with a fielder.

An umpire can call both the runner and batter out for a violation.

"It will definitely help keep guys healthy for sure," said Utley, who is suspended for the first two games of the season for his slide in the playoffs, pending an appeal.

Utley, a second baseman, said he didn't think the play in which Tejada was injured was the singular catalyst for change.

"From my understanding, I think we have been trying to work on this for a few years now, trying to get on the same page, and now obviously we are," Utley said. "I don't think that one instance really determined anything.

"It will be a little bit of an adjustment, not only for middle infielders, but also the base runners and probably the umpires as well to try to all get on the same page. Like with the home plate rule and the batter's box rule, it kind of took a little time to get comfortable with it. Eventually we will get there. We'll have a chance in spring training to work on it and it should be better."

Baseball and the union also agreed to limit mound visits by managers and pitching coaches to 30 seconds and to cut the countdown clock for between-innings breaks by 20 seconds, to 2:05 for most games and 2:25 for nationally televised matchups.

In Port St. Lucie, Florida, Mets manager Terry Collins was not enthralled when he was informed that the neighborhood play would now be reviewable.

ESPN staff writers Adam Rubin and Doug Padilla and The Associated Press contributed to this report. 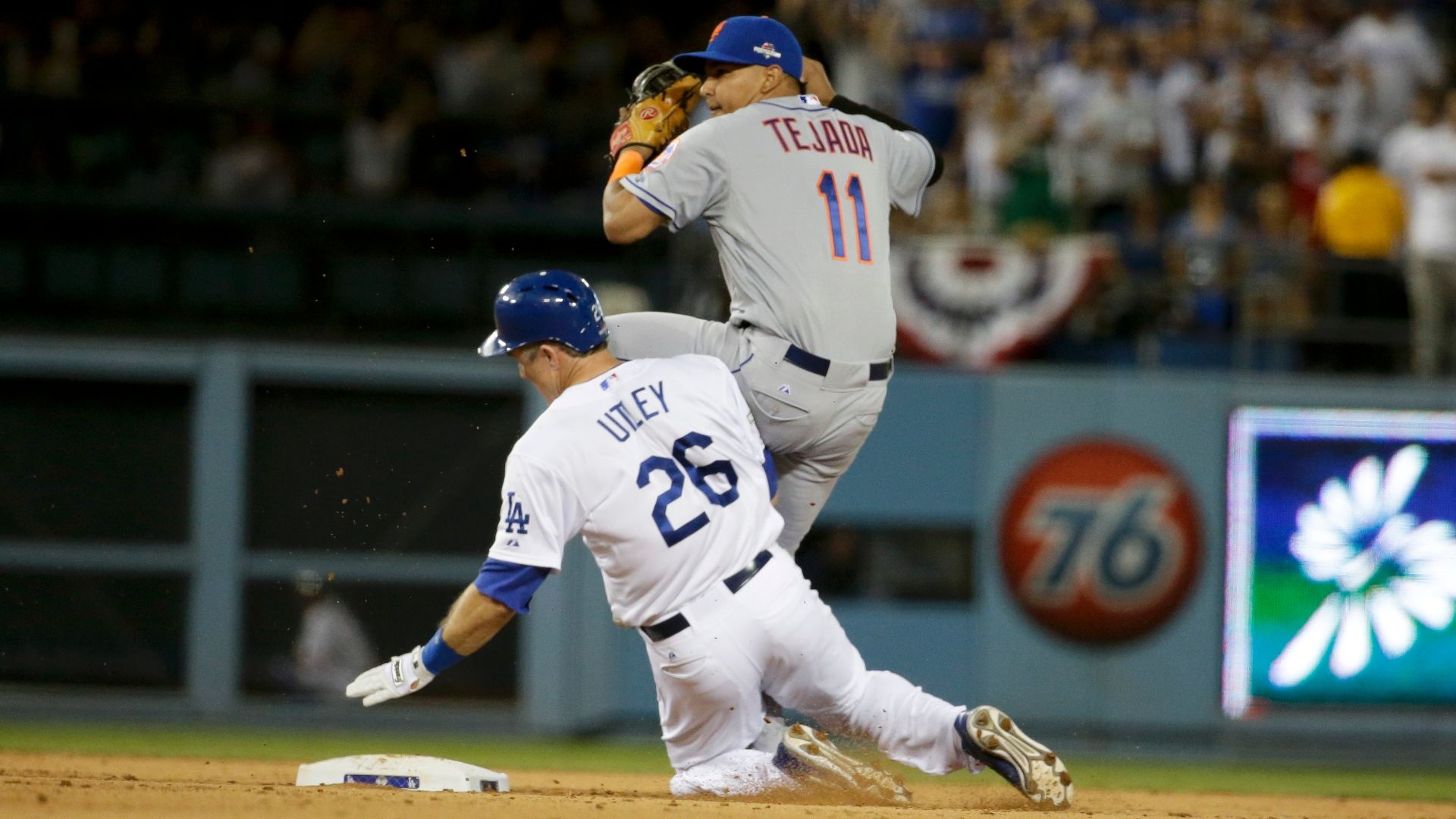