ESPN
Off to one of the worst starts in their history, the Atlanta Braves fired manager Fredi Gonzalez on Tuesday.

The Braves dropped to an MLB-worst 9-28 after an 8-5 loss to the Pittsburgh Pirates on Monday. They haven't won consecutive games over a 5-19 span in which they've averaged 2.7 runs per game and hit eight home runs, a quarter of which came Monday. Four MLB players have more homers this season than the Braves, who have 11 total.

Brian Snitker, manager of Atlanta's Triple-A Gwinnett farm team, will replace Gonzalez as the Braves' interim manager through the end of the season. Snitker was Atlanta's third-base coach from 2006 to '13. Snitker also had two stints with Atlanta as the bullpen coach in 1985 and from 1988 to 1990.

A source told The Atlanta Journal-Constitution that Gonzalez learned he likely to be fired about an hour after Monday night's loss, when he received an automated email from an airline notifying him that he was scheduled to be on a flight from Pittsburgh to Atlanta on Tuesday, even though the Braves are playing the Pirates through Thursday.

According to the report, Gonzalez confirmed his firing with Braves officials Monday night after receiving the email, though general manager John Coppolella and president of baseball operations John Hart had planned to inform him Tuesday morning.

Gonzalez spoke to The Atlanta Journal-Constitution about his firing but refused to discuss how he learned of it.

"I don't think there's a perfect time to do it," Gonzalez told the AJC. "I think you do it when they feel like the time is right, so they did it. ... I will tell you this, through all this stuff, my team played hard. They busted their asses. They had to answer questions that they shouldn't have to answer about the manager, and per man they all handled it with class, and they played their asses off."

He continued: "You know going in that's the business that we're in. We knew we weren't going to win 120 games [this season], but we thought we would be a little bit more competitive, and when you start the way we started, you knew there was always a possibility [of being fired]. ...

"I think if you're going to do it, you do it now. If you're not going to be here [as manager] in 2017, you'd rather do it sooner than later, for me. I'm OK with that. It's a tough grind. Winning ballgames in the big leagues is tough when you're winning. Can you imagine when you're losing and going through this?"

He told the AJC that he'll be OK.

"I've already talked to a bunch of baseball people. They texted me, offering support," he said. "Maybe I'll take a week or two off, a month off, ride the motorcycle around before it gets too hot."

Gonzalez, 52, managed the Marlins from 2007 to 2010 and was named manager in Atlanta in 2011 after Hall of Famer Bobby Cox retired. He coached third base for the Braves for four years before landing the Marlins job.

Gonzalez's best managerial season came in 2013, when the Braves won 96 games, but they lost 3-1 to the Dodgers in the National League Division Series. He was 434-413 as Braves manager and 710-692 as a major league manager.

"It was wearing on him, how we were playing and what was going on," Hart said. "We just thought this was the right thing to do."

Coppolella and Hart have committed to a rebuilding process over the past several years. They traded veterans Jason Heyward, Justin Upton and Craig Kimbrel and promising youngsters Andrelton Simmons and Shelby Miller. The plan is to secure young, controllable talent before the team moves into SunTrust Park next season.

However, it appears the Braves did not expect to be this bad.They lost their first nine games, then had a brief recovery with four straight wins, but they haven't put together another win streak. They have lost eight of 10 games and are 13 games out of first place in the NL East.

"Our bad start is not just laid at the foot of Fredi Gonzalez," Hart said. "We all assume a lot of responsibility. That being said, we do think we're better than what we've played."

He added: "At the end of it, at some point you've got to put a product out there that's going to be respectable, and we just think there's more in it. We've got a lot of season left."

Gonzalez is the first manager to lose his job this season, but he wasn't the only one fired. Braves bench coach Carlos Tosca, an assistant under Gonzalez in Atlanta and Miami, was also let go. First-base coach Terry Pendleton, a former Braves great, will become bench coach, with bullpen coach Eddie Perez moving to first. Gwinnett pitching coach Marty Reed will take Perez's spot.

Former Braves All-Star Chipper Jones is not interested in managing the Braves this season, a source close to him told ESPN's Jerry Crasnick. Jones had something to say about that reporting in a tweet.

The Braves are asking the 60-year-old Snitker to give the clubhouse a chance to exhale. He met with players early Tuesday afternoon. He said he'd need time to get a feel for the job but promised to stay upbeat.

"I told them they're good players," Snitker said. "The record isn't where they want it, but that's not the kind of team this is. They're in game, they get after it, it just hasn't went their way."

The poor start led to increased questions about Gonzalez's status, and he previously addressed the uncertainty.

"Nothing is for sure in our business, so you hold your head up, make good decisions and go forward and see what happens," he said.

Gonzalez also recently said he worried he wouldn't survive the slow start to see a turnaround when more young players are ready for the majors.

"My biggest concern is you go through these lumps, you see these young guys come in and then you get let go, you get dismissed, and the guys are here the next year, and they're winning everything," Gonzalez said. "But again, this is a cruel business, and it's part of our job." 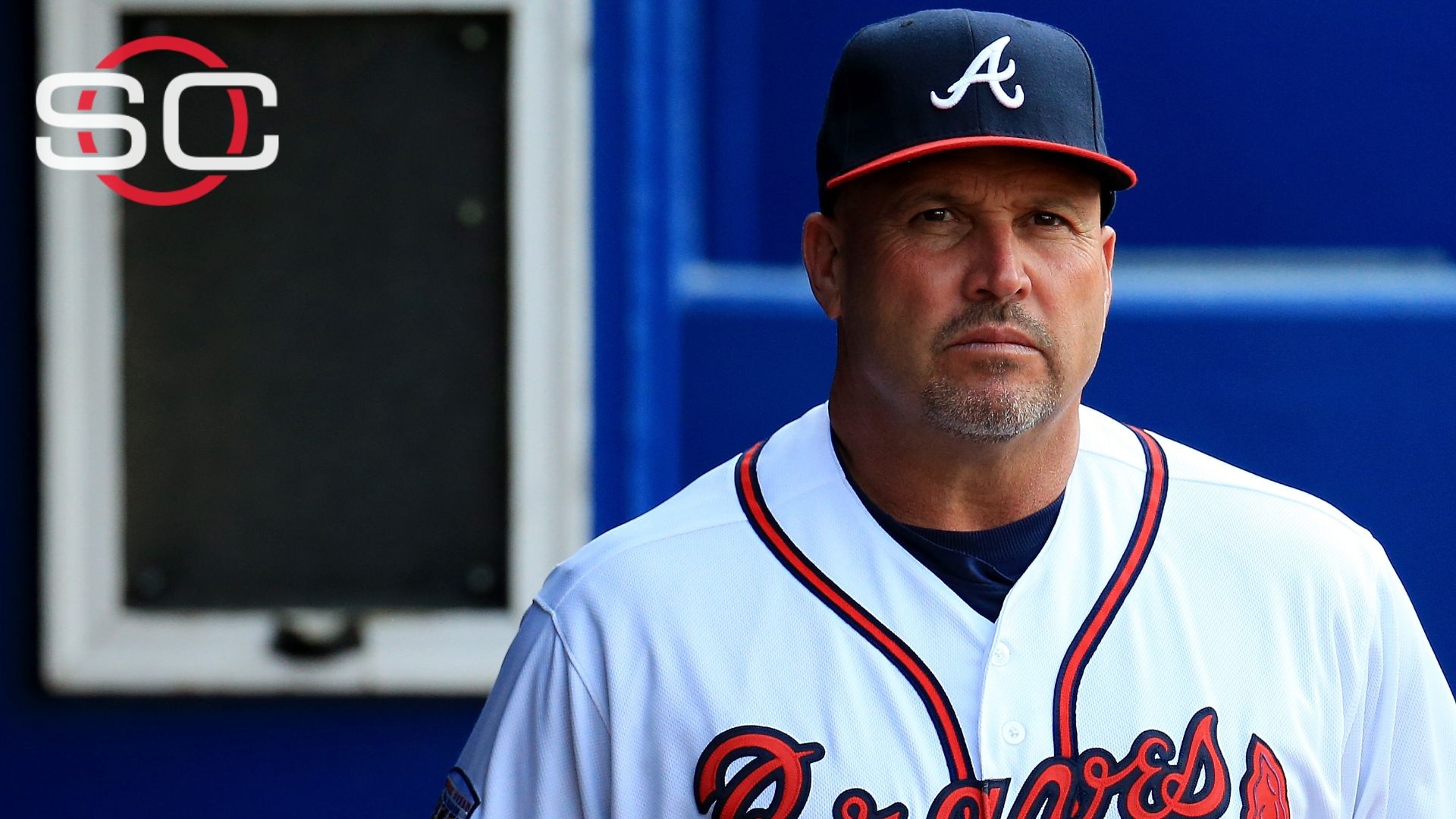