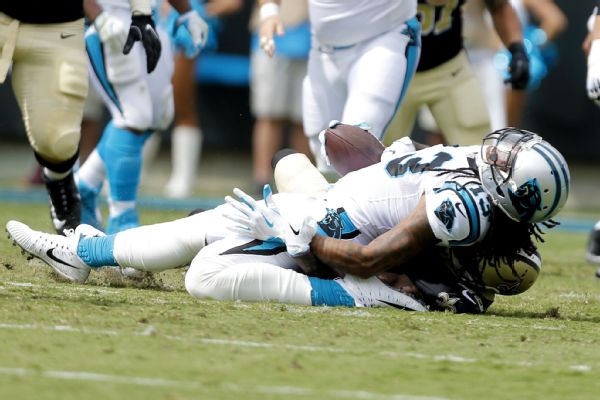 Rivera said it was too early to tell whether Benjamin would be available for Sunday's game at New England.

"They're going to see how his treatment goes," Rivera said. "I have not heard since last night. They told me it all came out negative. There was nothing structurally wrong, which was good news because that was his repaired knee."

Benjamin went down awkwardly in the second quarter of Sunday's 34-13 loss to New Orleans when tackled from behind after making a catch over the middle. In 2015, his season ended in training camp when he suffered a torn ACL on the same knee as he rolled underneath the defender.

Benjamin tried to walk off the injury but was taken into the locker room just before halftime and did not return to play.

The Panthers (2-1) already are without Pro Bowl tight end Greg Olsen, who suffered a broken right foot last week against Buffalo. He is out at least eight weeks after being placed on injured reserve.