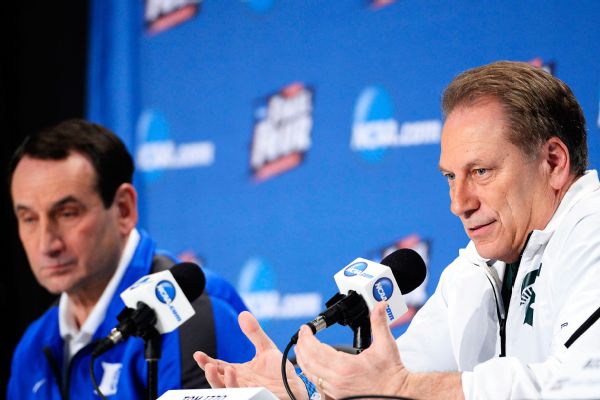 Seven teams in ESPN's early preseason poll will participate in this year's Big Ten/ACC Challenge, including No. 3 Michigan State hosting No. 21 Notre Dame and No. 5 Duke traveling to Indiana to face new Hoosiers coach Archie Miller.

This year's slate is balanced with quality matchups. Miami, ranked 12th in the preseason poll, will travel to Minnesota and face a Gophers team that is expected to return to the NCAA tournament.

Michigan will play at defending champion North Carolina (ESPN, No. 7) in the teams' first meeting since the 1993 national championship game. Northwestern, which made the NCAA tourney for the first time last season, will play at Georgia Tech. Rick Pitino's Louisville will travel to Purdue to face a Boilermakers squad that returns the majority of its team.

Pittsburgh is the ACC team left out of this year's event, as the conference has one more member than the Big Ten.