WTVD
CHARLOTTE, NC (WTVD) -- North Carolina Governor Pat McCrory is reacting to the NBA's decision to take the 2017 All-Star game out of Charlotte over what they referred to as concerns about the state's controversial HB2 law.

The league confirmed the move Thursday afternoon, "with the hope of rescheduling for 2019," in a statement that said in part: "Our week-long schedule of All-Star events and activities is intended to be a global celebration of basketball, our league, and the values for which we stand, and to bring together all members of the NBA community - current and former players, league and team officials, business partners, and fans. While we recognize that the NBA cannot choose the law in every city, state, and country in which we do business, we do not believe we can successfully host our All-Star festivities in Charlotte in the climate created by HB2."


The NBA issued the following statement today regarding the 2017 NBA All-Star Game pic.twitter.com/2yo1YDA2Un

McCrory responded with a statement Thursday blaming "elites" and the "liberal media" for the NBA's decision which is expected to have an estimated economic impact of $100 million on Charlotte and North Carolina.

"The sports and entertainment elite, Attorney General Roy Cooper and the liberal media have for months misrepresented our laws and maligned the people of North Carolina simply because most people believe boys and girls should be able to use school bathrooms, locker rooms and showers without the opposite sex present. Twenty-one other states have joined North Carolina to challenge the federal overreach by the Obama administration mandating their bathroom policies in all businesses and schools instead of allowing accommodations for unique circumstances. Left-wing special interest groups have no moral authority to try and intimidate the large majority of American parents who agree in common-sense bathroom and shower privacy for our children. American families should be on notice that the selective corporate elite are imposing their political will on communities in which they do business, thus bypassing the democratic and legal process."

Sound off. Should the NBA pull the All-Star game from Charlotte due to HB2? https://t.co/Hnk34RNokX

On Friday, the governor said on Charlotte radio station WFAE that "I strongly disagree with their decision. To put it bluntly it's total P.C. B.S.. It's an insult to our city and an insult to our state."

"I am disappointed to learn of the NBA's decision to move its All-Star Game away from Charlotte. While the City itself set the forces in motion that ultimately led to this outcome, it is unfortunate that Charlotte will not be hosting this event next year. We will continue to advocate that North Carolina is a great place to live, do business and to visit and will not let the decision on one event dampen our efforts to continue moving North Carolina forward."

"Lawmakers had several positive conversations with the NBA attempting to find common ground while keeping grown men out of bathrooms and shower facilities with women and young girls, but unfortunately the NBA withdrew from those discussions. Ultimately, the suggestion that state leaders should abandon our moral obligation to protect our constituents in order to keep one exhibition basketball game is absurd and shows a clear contrast in values."

But opponents of the law like North Carolina Congresswoman Alma Adams (NC-12) also had their say:

"Gov. McCrory and the Republican led State Legislature have yet again allowed their hate to cause irreparable harm to our great state. HB2 has had unprecedented effects on our state and local economies including substantial job and revenue losses. The NBA's decision to move the All-Star festivities will cost the City of Charlotte an upwards of $117 million in revenue. As a former Mayor of the Queen City, McCrory should be ashamed. We must reverse this disastrous hate bill. We can no longer afford its ill-effects. We deserve better than this kind of reckless leadership."

LGBTQ leaders also addressed the NBA's decision on Friday, blasting the governor and lawmakers for not taking action.

"The blame lies with one man for the loss of the NBA all-star game Governor Pat McCrory and his legislative cronies," said Executive Director of Equality NC Chris Sgro. "McCrory didn't have to sign the worst anti- LGBT law in just a few hours without any due consideration, he didn't have to ignore the warning signs from city leaders, LGBT advocates and legal experts. He didn't' have to defy clear guidance from the Dept. of justice that HB2 violates federal civil rights law. Pat McCrory has tried to blame everyone. President Obama, Paypal, the NBA, civil rights advocates, the city of Charlotte and the media, anyone he can point a finger at. But Governor McCrory, you're the one who lost us the NBA all-star game you made a mess of North Carolina and now you refuse to clean up that mess."

ESPN reported earlier the league was considering alternative host cities because of its objection to the law which limits anti-discrimination protections in the state.

The Vertical reported that New Orleans had emerged as a front-runner to land the game.

After the owners' meetings earlier this month, NBA Commissioner Adam Silver acknowledged the league was mulling its options and said "the calendar is not our friend." That was a reference to the North Carolina legislature being on summer hiatus and unable to make changes to the law as NBA has requested. It also applied to the time pressure of planning a large-scale event like All-Star Weekend.

The Charlotte Hornets and Chairman Michael Jordan released the following statement after the NBA's announcement.

"We understand the NBA's decision and the challenges around holding the NBA All-Star Game in Charlotte this season. There was an exhaustive effort from all parties to keep the event in Charlotte, and we are disappointed we were unable to do so. With that said, we are pleased that the NBA opened the door for Charlotte to host All-Star Weekend again as soon as an opportunity was available in 2019. We want to thank the City of Charlotte and the business community for their backing throughout this entire process, starting with the initial bid. We are confident that they will be just as supportive and enthusiastic for the 2019 NBA All-Star Game." 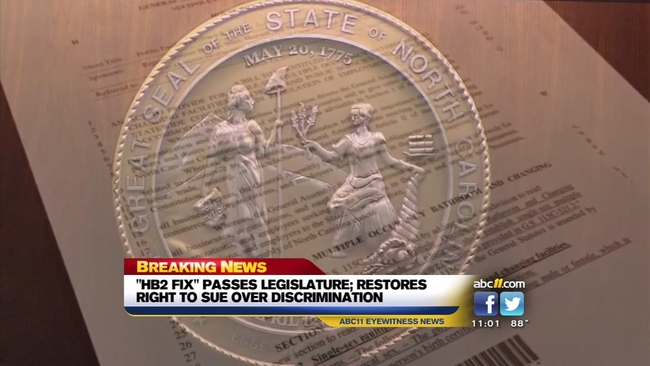 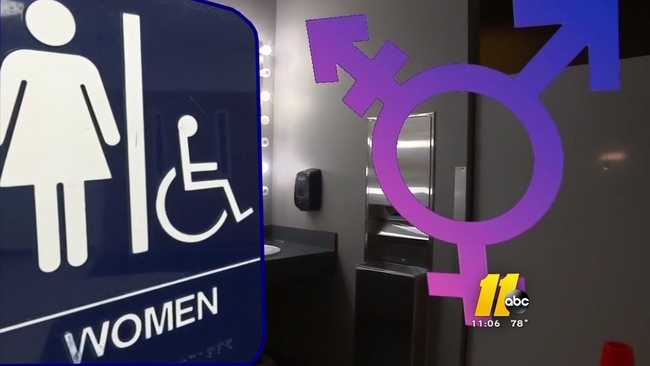