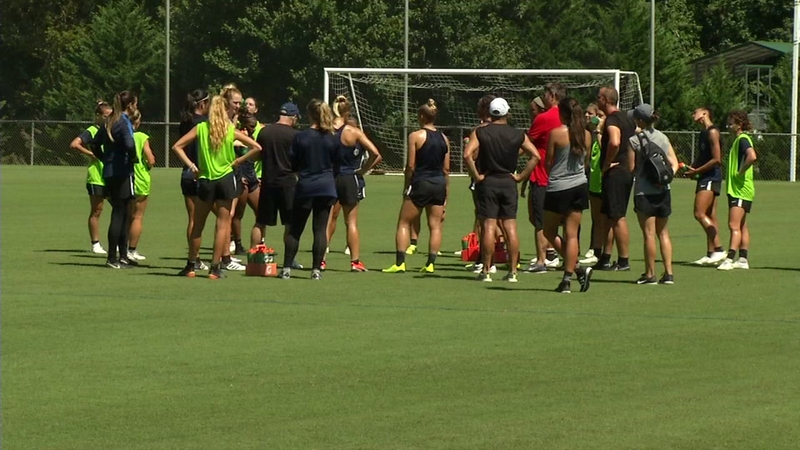 CARY, NC (WTVD) -- If it were not for an improbable loss to Portland in last season's championship match, the North Carolina Courage would be closing in on a dynasty.

Head Coach Paul Riley and his team were NWSL champions in their final season in Western New York and won the NWSL shield as champions of the regular season last year after relocating to Cary.

This year has been another story entirely. Dominant isn't a strong enough word to describe the Courage's performance.

They've already clinched the regular season title with four games still to play. They are an insane 16 points clear of second place Seattle and have scored 28 more goals than their opponents in 20 games.

For comparison - the next best goal differential is plus seven.

Most notably, they have one loss all year long.