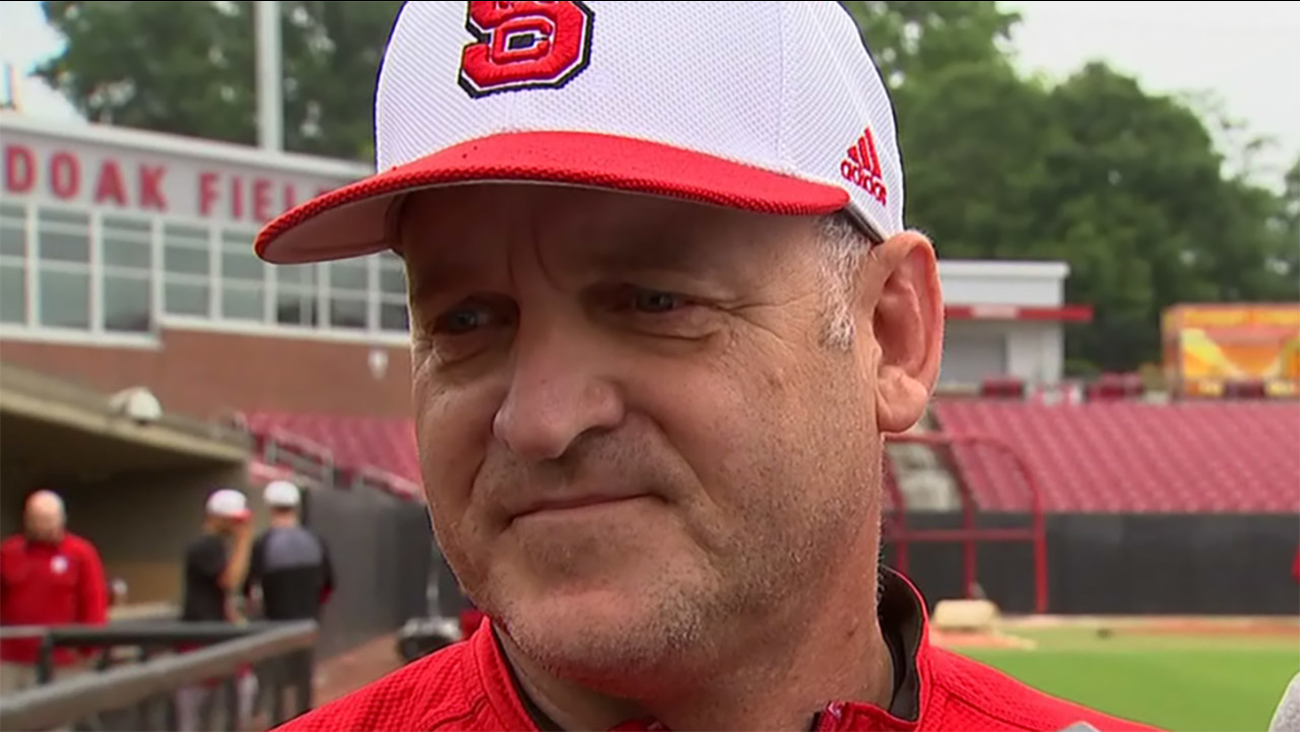 Elliott Avent is still recovering from a copperhead bite but back on the job.

RALEIGH (WTVD) -- A week after being gnawed on by a copperhead, Elliott Avent isn't quite 100 percent. A slight limp remains as does the outpouring of love toward the longtime N.C. State baseball coach, who returned to be with the team Monday.

"When David Thompson texts you, that's when you know you got bit by the good snake. Because David Thompson is everything about this university. That really made my day," said Avent, referring to the Wolfpack and ACC basketball legend.

Elliott Avent says he got a text from David Thompson.

While nursing his wounds, Avent missed a tough series in Louisville in which the Wolfpack got swept. It was the first time in his 20 years at N.C. State that he missed a game.

Watching his team lose wasn't nearly as tough as not being there.

During Russell Wilson's commencement address at Wisconsin last week, some perceived that the Seattle Seahawks quarterback and former N.C. State football and baseball player took some shots at N.C. State's baseball program, admitting he was frustrated while riding the bench.

Speaking of his time on the baseball team, Wilson said "Now it's the first few weeks of my junior season, the draft-eligible year and I'm barely playing, and honestly I don't know why."

Avent didn't see the comments in a negative light.

"There are some guys that aren't playing right now who want to be playing. You know what I'm saying? But I thought his speech was great and I thought his story was accurate," Avent said. "He did hit a three-run homer against Irvine ranked 3 in the country in the 11th inning.

"But I thought his speech was great. He texted me that morning so obviously someone must have said something to him," Avent continued. "He was hoping I didn't take it the wrong way, which I didn't. And he said something like this ... 'I love you, you've always been there for me. I love you and I love N.C. State."

The focus now returns to North Carolina. The Wolfpack will host the Tar Heels to end the ACC regular season.

The coach is recoiled and ready to go.