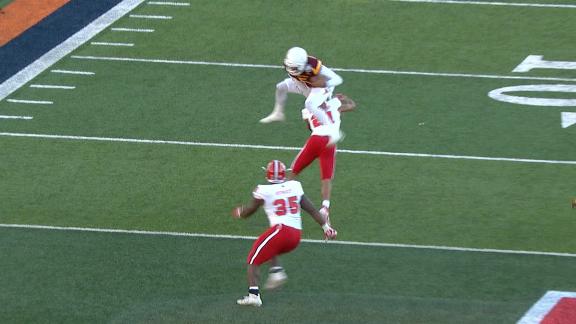 THE TAKE AWAY North Carolina State: The team's defensive experience showed. Even without Chubb, the Wolfpack limited ASU to 10 points through three quarters.

N.C. State is 17-13-1 in bowl games and won its first appearance in the Sun Bowl. Hines is the first Wolfpack rusher to have consecutive 1,000-yard seasons since 1977-78. Receiver Kelvin Harmon had four catches for 24 yards, pushing him over 1,000 yards for the season. All-purpose back Jaylen Samuels had seven catches for 46 yards, setting the team record for catches in a career.