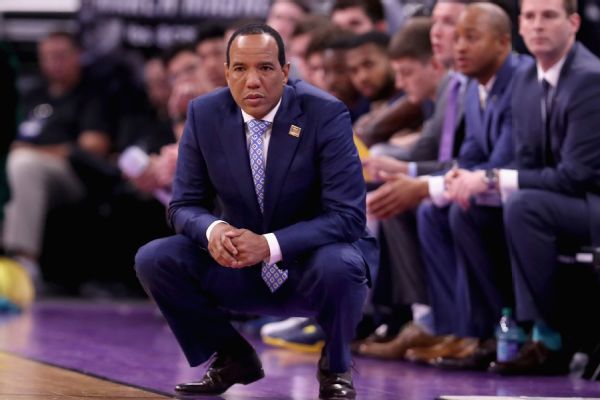 RALEIGH, N.C. -- New NC State coach Kevin Keatts has signed his six-year contract with the school worth at least $2.2 million per year.

NC State officials released a copy of the contract Friday.

The deal will pay the men's basketball coach an annual salary of $1.1 million plus another $1.1 million in supplemental income for fundraising, media appearances and apparel.

A former assistant to Rick Pitino at Louisville, Keatts led UNC Wilmington to the past two NCAA tournaments. He was hired to replace Mark Gottfried, who was fired during his second straight losing season with the Wolfpack.

Keatts has a rollover clause similar to the one his predecessor had, which automatically extends the contract by one year each time he makes the NCAA tournament in 2018, 2019 or 2020 or reaches the Sweet 16 after that.

Reaching the Final Four, earning the No. 1 seed in the ACC tournament or winning that tournament will add two years to the deal. Under that clause, the contract can be extended by no more than two years in any single season or by five years overall.

The deal also has escalating bonuses for NCAA tournament results and academic performance, as well as incentives for ACC regular-season and tournament performance and final rankings in the coaches' poll. Those bonuses may not exceed $1 million each season.