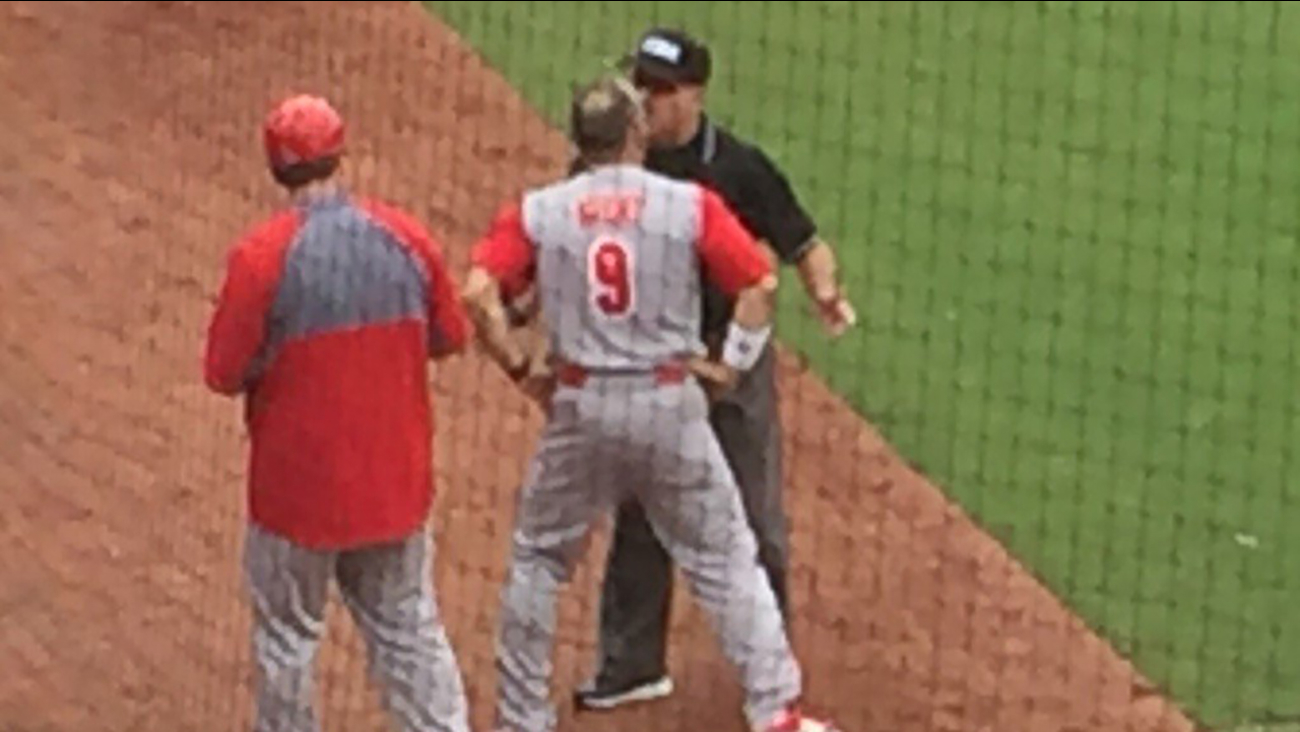 RALEIGH (WTVD) -- NC State was in the middle of a must-win game vs Coastal Carolina in the NCAA baseball tournament on Monday. The Wolfpack held a 1-0 lead in the bottom of the 3rd inning, but that's when NC State Coach Elliott Avent blew up after a ball was called on a full count.

Elliot Avent has been ejected arguing balls and strikes to the umpire. #abc11 pic.twitter.com/Q0YMz7ThP4

Will Gilbert was pitching for the Wolfpack and as the Coastal Carolina player took his base, Avent got right in the face of the umpire with some choice words. He was ejected and then the real action happened.

Avent pulled a spin move to continue arguing with the ump as other officials tried to get the coach to leave.

He eventually calmed down and left the field with his bag in hand.

Avent with bag in hand leaves the field after he's ejected. #abc11 pic.twitter.com/PL4WCjo0JC

On Tuesday, NC State faced Coastal Carolina again in an elimination match for the Wolfpack and this time they didn't have the outcome they wanted.

The Chanticleers beat the Wolfpack 7-5 in a hard-fought game.

Wolfpack was one strike away from winning the game in the top of the 9th. #abc11