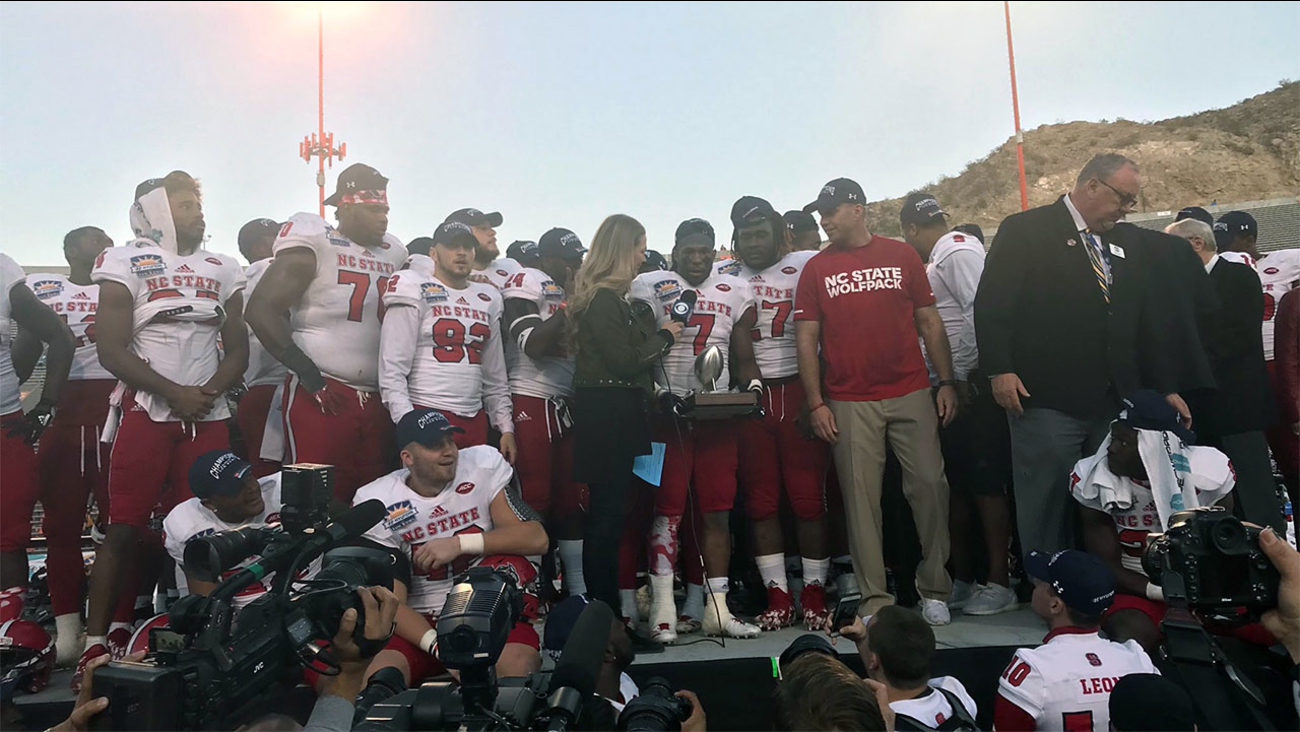 WTVD-AP
EL PASO, Texas -- North Carolina State's offense came up big in a Sun Bowl matchup that was supposed to be about defense.

Arizona State: Edwards takes over the program, and he'll have two new coordinators. Defensive coordinator Phil Bennet declined to return next season, and the team hired San Diego State defensive coordinator Danny Gonzales to replace him. ASU already had promoted quarterbacks coach Billy Napier to the role of offensive coordinator, but then Napier left to become the head coach at Louisiana. The team's new offensive coordinator will be Rob Likens, who was the wide receivers coach. The Sun Devils will open the next season at home Sept. 1 against UT-San Antonio.
Report a correction or typo
Related topics:
sportstexasnc state wolfpackcollege football
Copyright © 2020 ABC11-WTVD-TV/DT. All Rights Reserved - The Associated Press contributed to this report.
More Videos
From CNN Newsource affiliates
TOP STORIES