NCAA athletes get their day in court 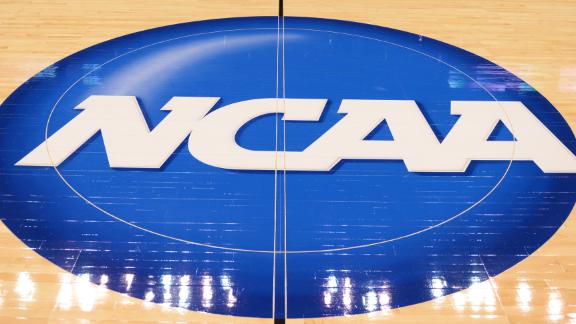 After nearly five years of maneuvers and machinations that would baffle a law professor, former UCLA star Ed O'Bannon will walk into a federal courtroom Monday as the star witness in a trial that will decide whether the NCAA must pay college athletes for its use of their likenesses in television broadcasts, video games and other consumer products.

The trial, in Oakland, Calif., comes after more than two dozen lawyers filed some 1,300 related court documents since 2009. It comes after numerous NCAA attempts to terminate O'Bannon's quest, all of them unsuccessful. It comes after the case has been consolidated, de-consolidated and partially settled.

And, most important, it comes at a critical time in the history of college sports, when the power conferences take in more than a billion dollars in a single year, when numerous head coaches are paid $7 million per year, when assistant coaches can make $800,000, and when universities are spending hundreds of millions of dollars on stadiums and training facilities.

Former athletes like O'Bannon and many current athletes are no longer willing to settle for a full scholarship and the glory of the games; they are asking for their share, and they're doing so aggressively. In addition to O'Bannon's lawsuit, 24 other legal actions are pending against the NCAA, all of them seeking a sharing of wealth in one form or another. In the most dramatic of the lawsuits, often referred to as the "Kessler case," current players are seeking what was once unthinkable -- an injunction that would eliminate the NCAA's bar against paying salaries and force big-time football and basketball schools to pay players in addition to granting scholarships.

While fighting to defend their organization and its core ideals of the student-athlete and amateurism, NCAA officials also are preparing to intervene in a historic proceeding before the National Labor Relations Board in Washington, D.C. The five-member board is reviewing a decision made in Chicago that Northwestern University football players are employees and can form a union.

As if the mass of litigation and the unprecedented labor activism among college athletes were not enough, the NCAA is also the target of what may be a major reform effort in the U.S. Congress led by bipartisan group in the House of Representatives.

"O'Bannon represents a watershed moment for the NCAA," said Northeastern University School of Law professor Roger Abrams. "When combined with the Northwestern football team unionization effort, the case raises the question whether the NCAA must totally re-conceptualize its approach to regulating college athletics."

The crossroads that the NCAA's 1,066 member schools now face formed in earnest in 2009, when lawsuits like the O'Bannon case took hold. But a seminal article by the historian of the civil rights movement, Taylor Branch, in The Atlantic in October 2011, shaped public opinion by transforming the NCAA's difficulties from a series of occasional scandals to a national issue of public policy.

In a detailed review of the NCAA's history and current condition, Branch concluded that "the noble principles on which the NCAA justifies its existence" -- "amateurism" and the "student-athlete" -- are "cynical hoaxes, legalistic confections propagated by the universities so they can exploit the skills and fame of young athletes."

Turning scandals of illicit payments and benefits for athletes around and tossing them back at the NCAA, Branch wrote: "The tragedy at the heart of college sports is not that some college athletes are getting paid, but that more of them are not."

In the face of growing pressures for change from numerous directions, Donald Remy, the executive vice president and chief legal officer of the NCAA, remains calm and resolute: "Our rules are designed to maintain the distinctive character of college athletics, and we will defend them," he told ESPN's "Outside the Lines."

He'll defend those rules to U.S. District Court Judge Claudia Wilken, appointed to the Northern District court in 1993 by President Bill Clinton. Wilken will decide the case, expected to last about three weeks, instead of a jury. The courtroom will become familiar to sports fans in the coming months, as it also will hear an upcoming Major League Baseball antitrust case, a lawsuit over painkiller use in the NFL, and another challenge to the NCAA's amateurism model.

The O'Bannon lawyers have indicated through court filings they will call NCAA president Mark Emmert to testify under the legal option of using him as an "adverse witness." This means plaintiffs' attorneys will cross-examine Emmert as a witness whose desire for the outcome of the case differs than that of theirs. In addition, lawyers have indicated they might present up to 17 former college athletes after O'Bannon, including Oscar Robertson and Bill Russell. Each would describe their college careers and the use of their exploits in videos, games and other products.

The video-game issue is at the trial's heart. For years, the NCAA has contracted with game maker Electronic Arts to produce and sell millions of video-game products that allowed fans to relive great games and moments in college sports and participate in the games using advanced technology. EA Sports, whose contract with the NCAA expires at month's end, had been part of the O'Bannon case as a defendant, but the two sides settled last September for $40 million, although the settlement has not yet been implemented.

As such, O'Bannon lead attorney Michael Hausfeld is expected to offer testimony from two EA Sports executives and seven expert witnesses who will describe the players' version of the NCAA's control of college sports and the market for game highlights and other videos. The players' experts will include Roger Noll, a Stanford University economist whose dramatic and persuasive testimony in the NFL players' free agency litigation in the early 1990s was critical to the players' success.

The NCAA will respond to Hausfeld's effort with testimony from the presidents of Michigan, Ohio State, the University of South Carolina and Fresno State. The organization has indicated it may also present four athletic directors, four conference commissioners, 12 NCAA executives and seven expert witnesses, including James Heckman, a Nobel Prize-winning economist from the University of Chicago.

The most important document to be shown, one of hundreds that have been scrutinized in the pre-trial skirmishing, might be a six-page, seven-part agreement known as NCAA Form 08-3a that requires seven signatures from each scholarship athlete before each season. In Part IV of the document, the athlete "authorize(s) the NCAA (or a third party acting on behalf of the NCAA) to use your (the athlete's) name or picture to generally promote (sic) NCA championships or other NCAA events, activities, or programs."

The players and their legal team will try to persuade Judge Wilken that Form 08-3a is an illegal restriction on the players' rights to collect on their names and likenesses and a violation of the nation's antitrust laws. Until the players' legal team filed an amended lawsuit that included current players and television broadcasts (including ESPN), the O'Bannon case had been limited to former players and the use of their likenesses in video games, highlight films, and other products. Over the vigorous objections of the NCAA and its lawyers, Wilken permitted the players to make the major change in their lawsuit.

Hausfeld, the players' lead attorney, will ask the judge to issue an injunction that will, among other things, prevent the NCAA from further use of Form 08-3a, thereby opening the possibility of payments to any player who is able to profit from his or her name and his or her exploits. The NCAA will assert that allowing the players freedom to market their names will lead to the destruction of the NCAA's ideal of amateurism.

"As I've stated from the very beginning, it is time to right a wrong," said O'Bannon in a statement Saturday. "I look forward to making our case in court, a case on behalf of both current and former student-athletes who have been exploited and unfairly constrained within a free market society."

Whatever happens in Wilken's courtroom during the next three weeks, the NCAA faces a more dramatic and more conclusive watershed in the case of Jenkins vs. NCAA, when attorney Jeff Kessler, who along with James Quinn led NFL players through the antitrust thicket to free agency, goes before Wilken this summer to ask for an injunction that would establish salaries for college athletes.

Known officially as "Jenkins vs. NCAA, ACC, Big 12, Big Ten, Pac 12, and SEC" and routinely described in the sports industry as "the Kessler case," the lawsuit features four current football and men's basketball players who accuse the NCAA of operating a cartel "under false claims of amateurism." The players and Kessler further assert that the "NCAA and the five 'power conferences' have lost their way far down the road to commercialism."

Avoiding the complexities that have stalled the O'Bannon case for nearly five years, the Kessler case is a simple assertion that refusing to pay players is "price fixing" and an obvious violation of antitrust laws.

Many sports lawyers and professors with experience in the extensive antitrust litigation that has been a feature of the sports industry for the last 25 years expect the injunction hearing on this case to be the key to any attempt at immediate restructuring of the NCAA.

If Kessler and his players succeed in eliminating the NCAA's "amateurism" and establish pay for players, the NLRB's upcoming action on the Northwestern University's players' idea of a union becomes even more important.

In its ongoing review of the regional Northwestern decision, the board in Washington signified the potential impact of the case when it issued an invitation for briefs from organizations not directly involved in it, such as the NCAA. Remy, the top NCAA attorney, quickly said the NCAA would explain in detail why it rejects the idea of players unions on NCAA campuses.

A couple of miles from NLRB headquarters in downtown Washington, the U.S. House of Representatives is considering legislation that would eliminate the NCAA's ban on paying salaries to athletes and would impose other "reforms" on the NCAA.

Known on Capitol Hill as H.R. 2903, the bill enjoys support across the political spectrum from progressive Democrats to conservative Republicans. One of its lead sponsors, Rep. Charlie Dent (R., Pa.), who was not happy with the NCAA's sanction on Penn State after the Jerry Sandusky scandal, told "Outside the Lines" that the NCAA and the college presidents "are blinded by money from television contracts and must be told that it is permissible to pay the players."

Another lead sponsor, Rep. Joyce Beattie (D., Ohio), who was unhappy with the penalties the NCAA imposed on Ohio State's football program after a scandal involving free tattoos, said "this reform is long overdue."

Dent and Beattie have conducted forums and conferences on their bill and are, a Dent spokesman said, waiting for "the right moment to push it through the House."

For Dent and Beattie, it is "reform." For the leaders of the NCAA, it's radical change that they must somehow stop.

It may come in a courtroom in Oakland. It may come in a decision from the NLRB. And it may come on Capitol Hill. But there is little doubt that with litigation, labor activism, and legislation, a year from now the NCAA could be an NCAA that is far different from today's version.